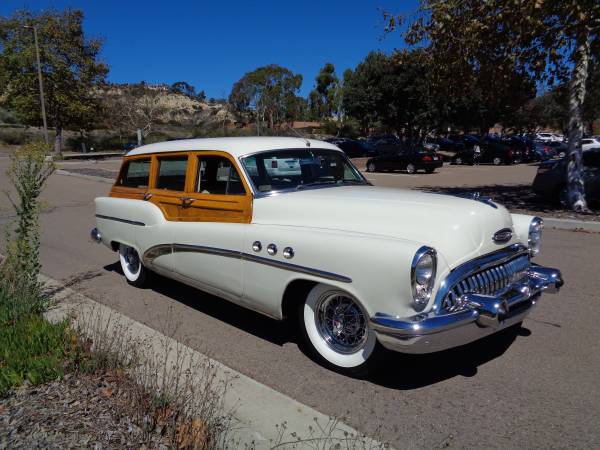 This American classic luxury station wagons manufactured by Buick, it's a final model of the third generation Buick Super released in 1953 came with station wagon body styles commonly known as Estate Wagon, has features with woody style, white wall tires, chrome spoke wheels old restoration, always garaged. Same as the Roadmaster, the Super based on General Motors C-body but on a shorter wheelbase.

The pics as confirm, the exterior looks so excellent, no dent, no scratch and no rust mention. No interior and engine photos for tour consideration but the seller mentions fairly new correct interior and healthy enough for the engine as a good condition car. This a seriously cool classic car throughout no hidden issue. 9 of 10 points be given as old car, 1953 Buick Super Estate Wagon ready to go for $39500 location in Cardiff. 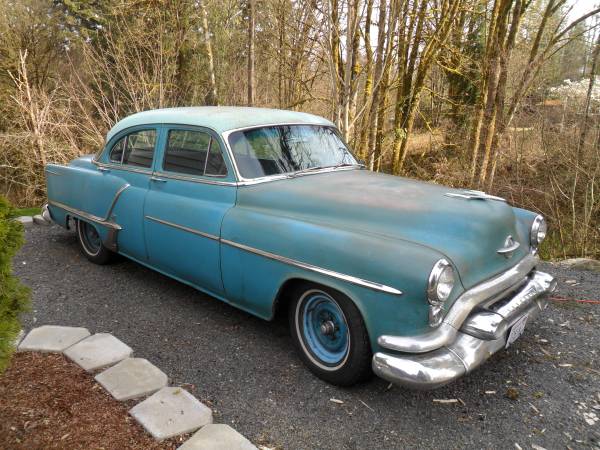 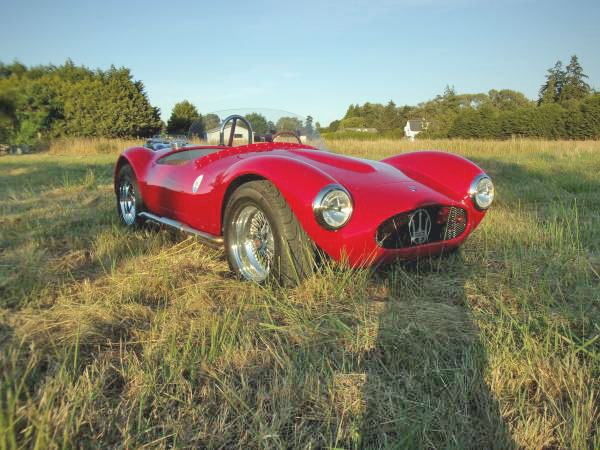 Extremely rare vintage race car was made by Italian automaker Maserati, as the picture is a Maserati Barchetta A6GCS Spyder built in 1953, it's a number 6 of 7 ever made and built by hand. This is a real supercar, small but is very fast only need less then 4 secs from 0 to 60 miles, one of the fastest sports cars in the world and is representative of the greatness Maserati sports cars on 50's. If it's the original one, not a kit or replica it would be worth very high as a real gem. If you want him come and prove is a must. 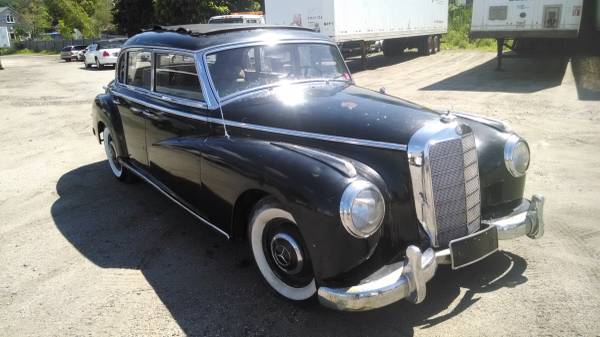 This is a Luxury vintage car made by German automaker Mercedes-Benz, as the picture is the Type 300S model was released in 1953 come in 4-door sedan body style. The Mercedes-Benz Type 300 were the company's flagship models in 50's, elegant, powerful, exclusive, and expensive it compete with Rolls-Royce Silver Cloud and BMW 501. Made for the businessman and politician, the Type 300S is a large sedan come with ragtop and incorporated many luxury features.

The pics as confirm, all still on original, looks so solid and very nice original shape for his ages. It's excellent original car, has 14858 miles on it, ideal candidate for full restoration as seller said, no excuse to oppose it, I agree with it. As always we are knows, smart buyers will always come to see for itself how the actual form of the car. 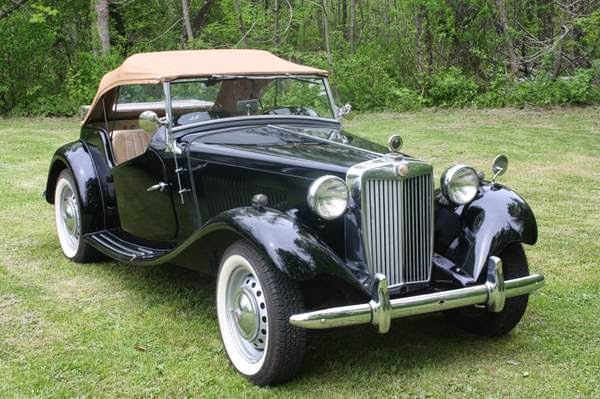 This British classic roadster produced by MG Car Company, as the picture is fourth generation of T-type Midget commonly known as MG TD was released in 1953 come in black has been full restoration and has powered by the Japanese Datsun engine ready to go.

Detail by owner
Here we go..........This is an absolute smiles per miles champion. I have NEVER gotten so many waves, horn beeps, and smiles from any car in my life. I never go out without something nice and friendly happening. People must think I am nice just because I drive this old TD?

The facts about the car are as follows:
Original stock 1953 MGTD body formerly from Arizona and Florida.
Repainted in the not too distant past...but no rust or wood restoration whatsoever. Paint job is decent, but not superb.
New Cooker wide whites
New brake
New real nice interior of velour
Engine and drive train from 1974 Datsun B210....You remember.....the first real economy car from Japan....That NEVER broke down, but was maybe 65 horsepower and was pretty slow....
Just right for a TD which was maybe 60 horsepower and pretty slow, but NEVER ran. This little jewel has never needed anything to keep it running in the 3 years I have owned it. It has the character of the MG and the utilitarian stone reliability of the B210. Somehow, whoever put this together----and they really did a nice job----- even got the MG valve cover (or, at least, the MG badge) on the Datsun engine. Check out the picture of the engine. The shift lever is MG; the pedal box is MG; the dash is MG. You cannot tell it is not all MG, except, again, it IS running and you can drive it instead of work on it.
This is RARE and will win peoples choice awards at most small shows. I tell you it is a grin.