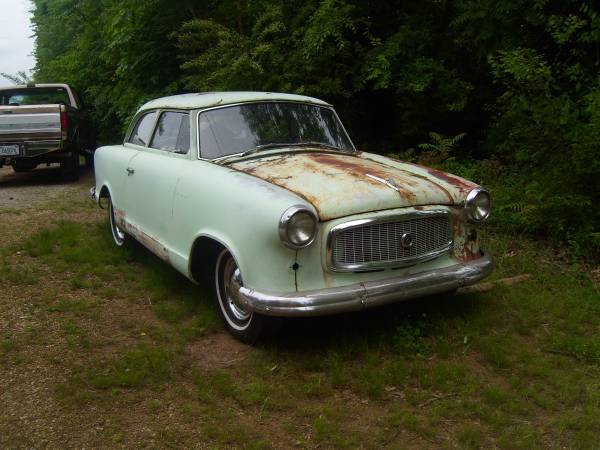 When the economic recession hit on US in 1958, AMC want to make economical automobiles, they saw an opportunity to revive the small car Nash Rambler with the old Nash design was slightly modified, they launched first generation of the Rambler American.

Here's we found one of them, 1958 Nash Rambler American is said not running need of restoration. Unfortunately no interior and engine bay photos included, also very less detail provided by owner, so must see for seriously buyers. 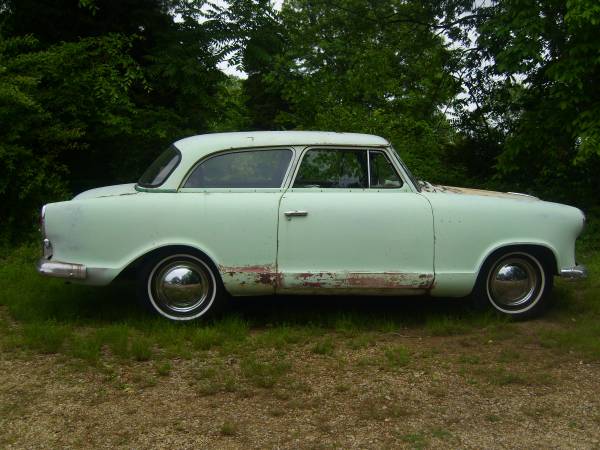 As you've seen here it has a good shape looks has a lot of restoration potential, and though that remains to be seen and asked, but it certainly looks compelling as seen here. Now it was offered in Craigslist for $2500 located in Florence, Alabama. 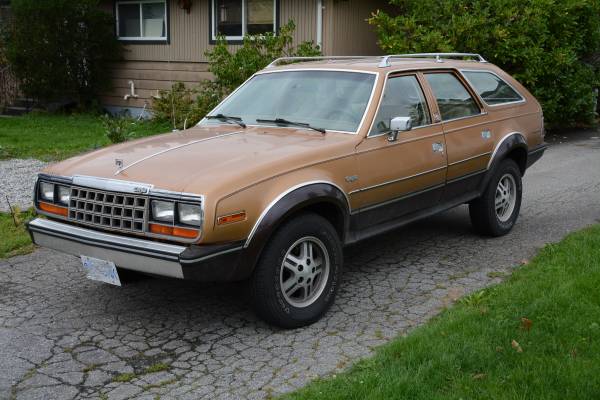 Here's we found this an American classic 4x4 wagon was produced by AMC, is the first four-wheel drive car as a station wagon in the U.S. at the time was called the AMC Eagle. As we've seen here is a AMC Eagle wagon 1982 model year powered by straight-six gas engine mated with automatic transmission, all looks good with perfect shape, the owner claims is a runs and drives very well, daily driven car, has 253000 original KMS on it, quick sale.

This a classic AMC Eagle seems had good maintenance, still in original never get restoration or custom touch, perfect shape hard to see rust or dent here, unfortunately no interior and engine photos, and not much details was written on its ad, so you should come if seriously want him. Already offered in Craigslist about a month ago asking for $3000 OBO in Vancouver, BC. 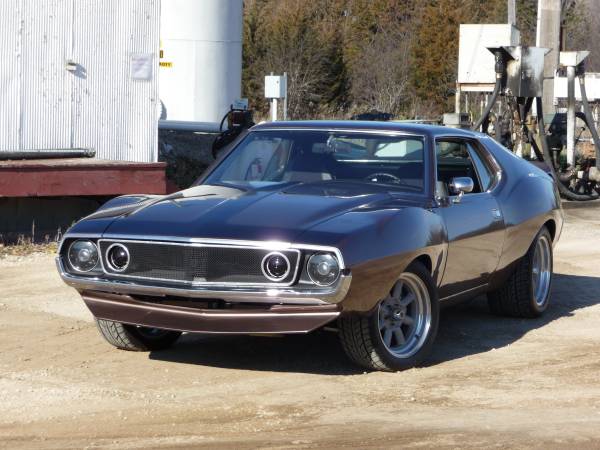 This modified 1974 AMC Javelin was offered in Craigslist for $24000. It's a final year of the second generation AMC Javelin released in 1974 had some mechanical modifications a bit modernize touch, so clean it a good sample of the American classic pony car ready to go.

As the pictures seen here it has perfect and solid body frame, all looks great with new paint and several AMC AMX pieces be planted into it, such as front and rear spoilers. The interior looks cool, hope all instrument working well also. The engine looks clean and powerful with Edelbrock aluminum heads. Overall it a nice modified outcome of the Javelin it looks great located in Shakopee, Minnesota. Please come to see for actual condition. 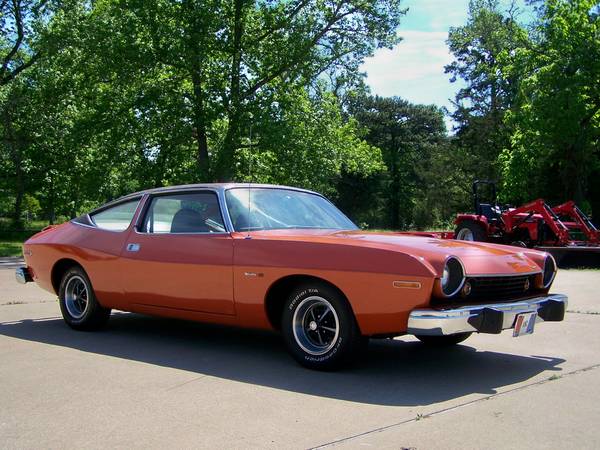 Here a rare American high performance 2-door coupe was offered by AMC, based on second generation of the AMC Matador range that was called "X" Sport Coupe released in 1974 only 3277 ever built and this one of them, still in good condition has 110000 original miles on it.

While not so perfect as a show car, it's still would be a nice classic car on road, the coupe appears to be in remarkable condition for its ages. The pics as confirm, it looks good with straight body  with a couple of small surface rust spots. The interior is original seem as rarely used. The engine looks correct come with a new Holley 4 BBL, it looks had a very well maintenance hope it strong and healthy also. Overall it perfect start to restore, 1974 AMC Matador X Sport Coupe ready to go for $6950. If you interested come to see is a must, location in Alto, Texas. 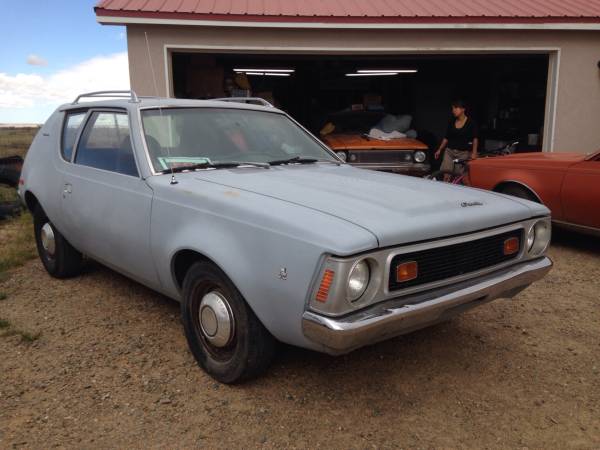 Here early American economy car manufactured by American Motors Corporation (AMC), as the picture is the 1971 AMC Gremlin released in 1971 is a subcompact car come with two-door hatchback tail based on shortened Hornet platform. The AMC Gremlin saw action on numerous auto racing venues, including endurance, as well as oval and road racing. Due to their inherent inexpensiveness, strength, and the ease with which they could be modified for higher performance, many AMC Gremlins were used in drag racing.

The pics as confirm, it looks so solid with straight shape, no dent, no rust mentioned. The interior looks okay, hope all instrument works well also. the engine looks good, for sure you must come out to see itself. Overall is an American Cult Classic, 1971 AMC Gremlin runs and drives good condition, it's would be perfect start for light restoration project.