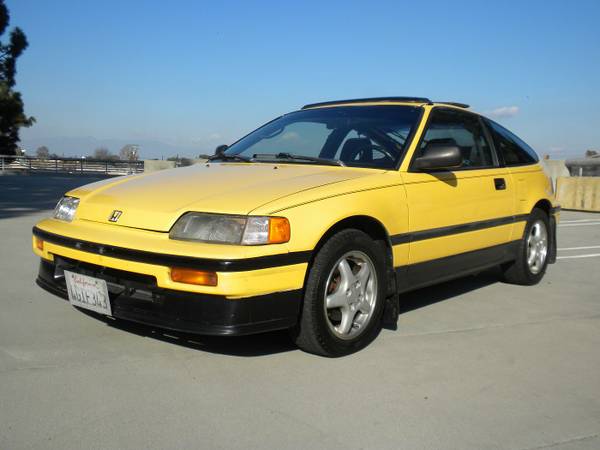 This a top trim level of the Honda CRX range in generally known as the SI (Sport Injected) series. The CRX was offered as a sports car with Kammback body style, with room for two passengers and has a lot of praise and awards come from various autocar media worldwide so there is no doubting what kind of this car really is.

Total 233,171 CRX's were built by Honda between 1983-1991 and gained a popularity about its performance, nimble handling, and good fuel economy. As shown here is an unmolested example of the second generation Honda CRX SI built in 1989 come with a super rare color Barbados Yellow with original low miles on it, that was listed in Craigslist about 7 days ago when we write here. 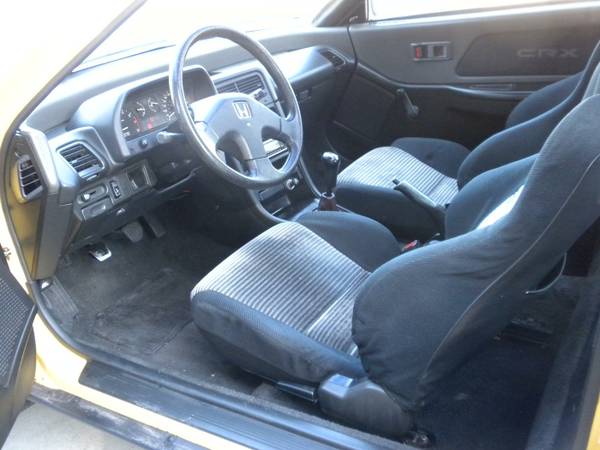 For its age is a quite remarkable example, seems is rarely used. The interior is in good condition overall, though the wrapped door is scratched as well as the carpet and seats shows some minor wear. 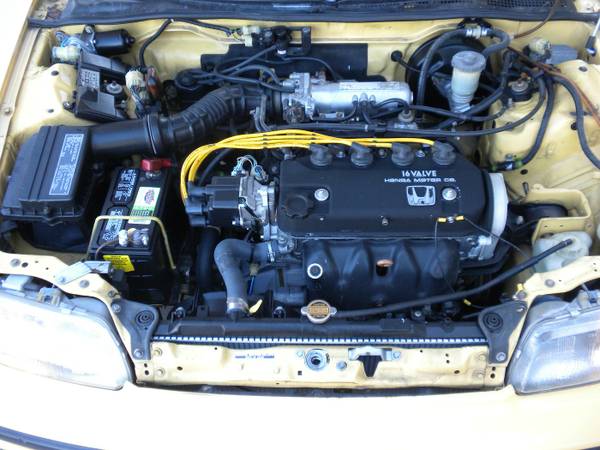 Here's one families of the Honda D series inline-four cylinder engine, designed as performance and reliability purpose with high level fuel efficient, and this was made to fitted in the CRX SI US version well-known as the 16-valve 1.6L D16A6 engine it's able to produce 108 hp. Like the Civic, due to the wide availability of parts, the CRX is popular for motorsport usage. Nowadays, the car is popular for drag, autocross, and road racing events. 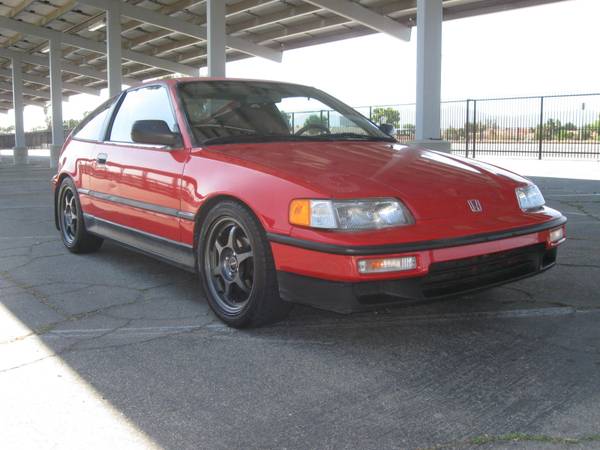 This one of the best Japanese sport car in 90's come in 3-door hatchback body styles offered by Honda, as the picture is a second generation Honda CRX HF (High Fuel efficiency) model is a front-wheel-drive sports compact car released in 1991 it was replaced by the Honda Del Sol for the 1992 model year. Like the Civic, due to the wide availability of parts, the CRX is popular for motorsport usage.