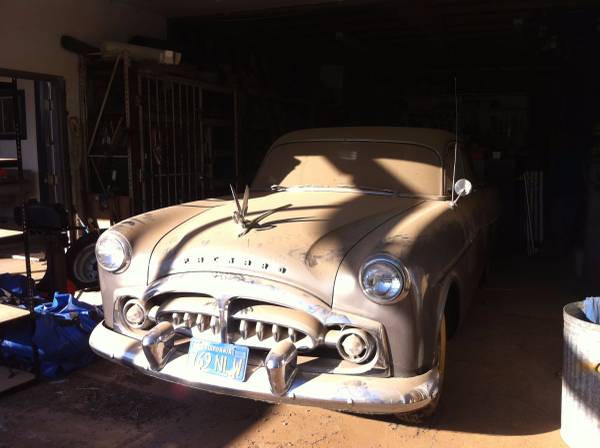 Here's found this in Craigslist extremely rare car was come from American manufacturer Packard Motor Car Company of Detroit, Michigan, as shown here is the 300 model well-known as Packard 300 that was built in 1951 VIN: 24727889 is said excellent condition overall, need nothing runs and drives very well. Reportedly by seller is only 15,309 ever made and this one of a few left today.

Found dusty in the garage for 10 years remain in perfect shape, very solid no dent or rust, and recently received engine and transmission rebuild. It could be a remarkable example of 1951 Packard 300 sedan, needs more detail please read more below. 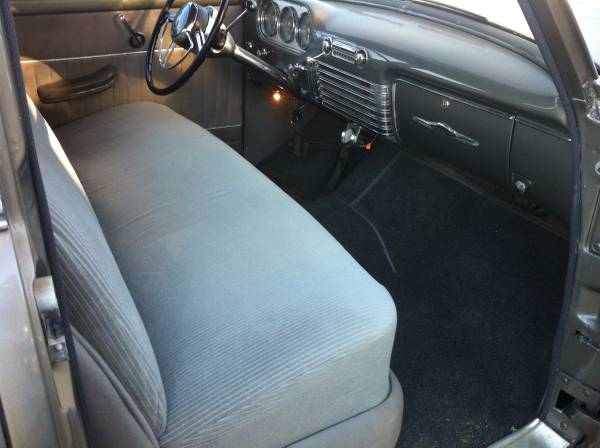 No words about renovated, the interior is awesome it looks clean and tidy, love to see the radio hoped that works properly as well as the all instrument and equipment inside too. 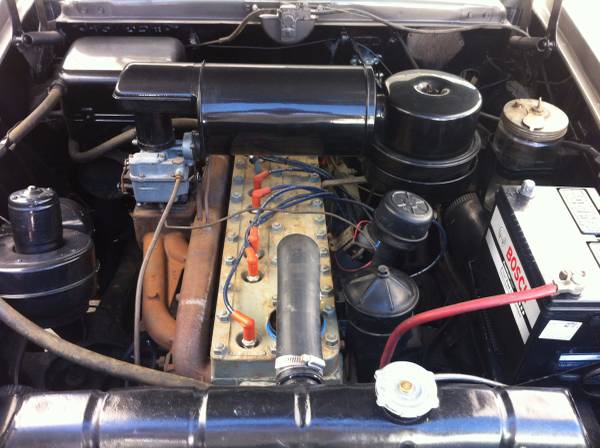 As shown here is Packard's venerable Super Eight engine families, the Packard 300 was fitted a 327 ci (5,360 cc) "Thunderbolt" inline eight flat head engine mated automatic transmission has only 85000 miles on it and less than 50 miles since rebuild.