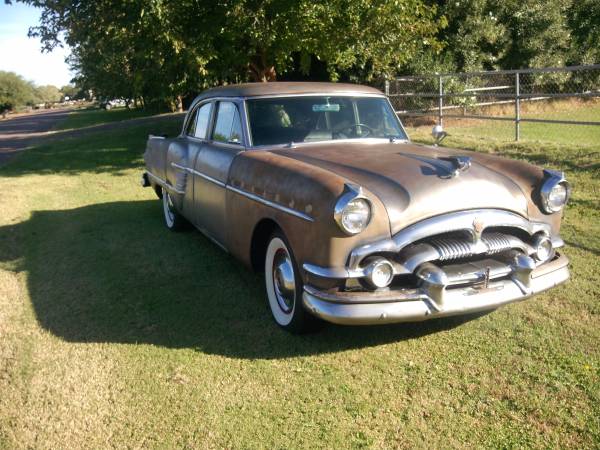 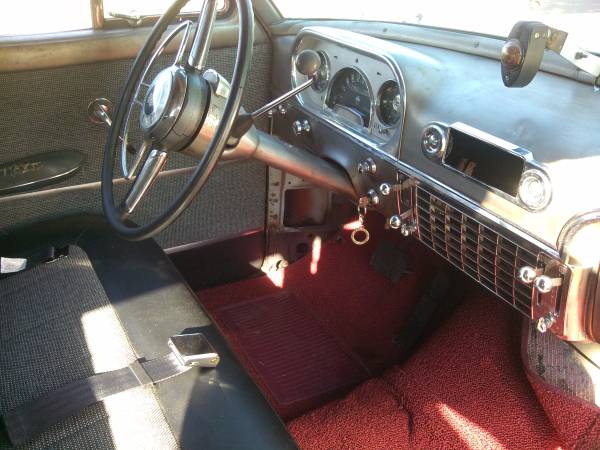 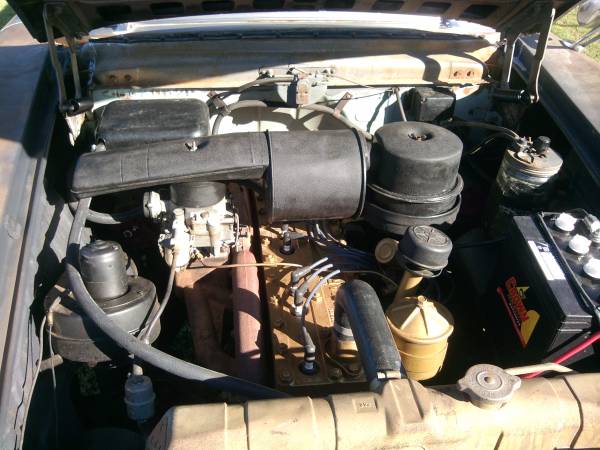 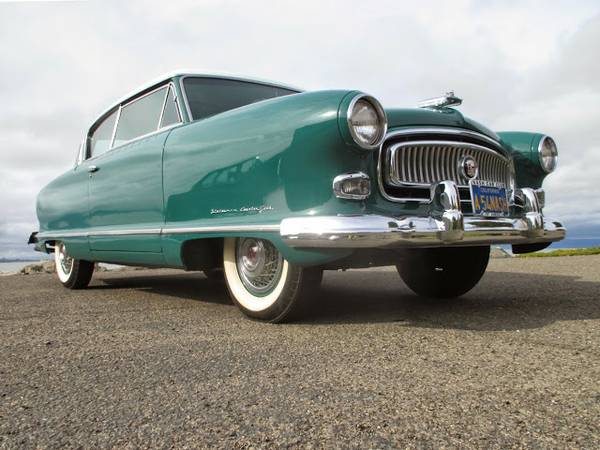 Here's we found this one the American antique car, that was made by Nash Motors and had styling by Pininfarina Italy, and this one of the Nash Motors automobile flagship series below the top-line Nash Ambassador that was called the Nash Statesman. As the picture is a Nash Statesman Country Club 1954 model year in immaculate condition is said runs and drives good it already offered in classic-carauction.com for auction.

This could be a remarkable sample of the second generation Nash Statesman and fairly handsome with 2-door sedan body style. All looks perfect inside and out, the engine looks very healthy. Need nothing to see it, please enjoy... 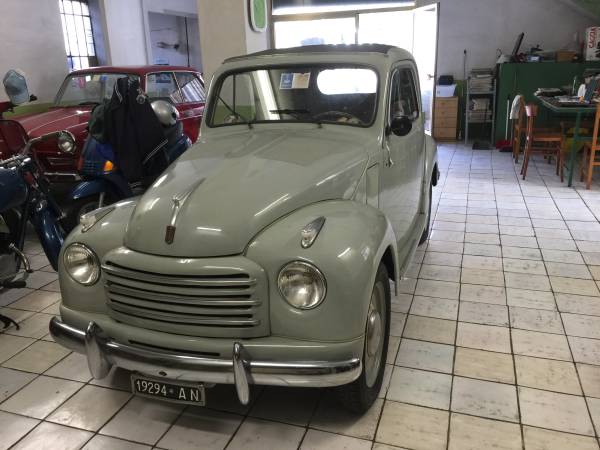 Here's found this one rare classic car that was made by Fiat, as we've seen here is Italian city car clothed in a fairly cool 2-door cabriolet body, built in 1954 known as the early Fiat 500 families, also called the Fiat Topolino (little mouse in english). The Topolino is a small car with front-engine and rear-wheel-drive layout has powered by a 569 cc straight-4 water-cooled engine mated with 4-speed manual.

The seller says is an original example 1954 Fiat Topolino has been fully restored runs and drives very well all work properly with perfect shape inside and out, that's could be a seriously unique car especially in US very nice as collectible car. Already posted in Craigslist about 18 days ago looking for $29900 located in Italy. 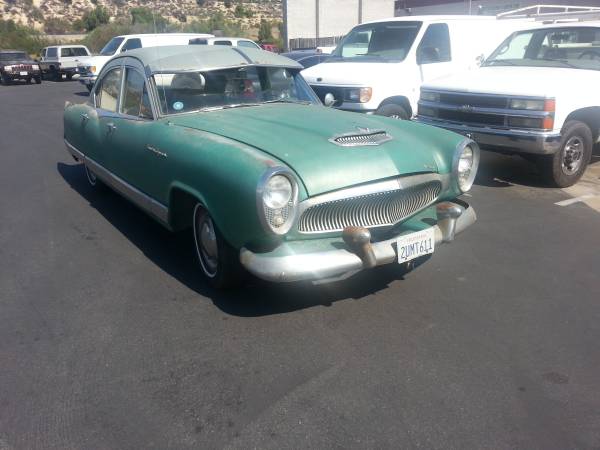 This a rare and unique American vintage car made by Kaiser Motors, is the Kaiser Special 4-door sedan released in 1954 still in good condition no issue or damage, already a month was offered in Craigslist for get $4800 location in Simi Valley. Must see if you are seriously buyer.

No story or memorabilia by its seller, just pictures to present how its look today. As you are seen here it has perfect and solid body frame, no dent but with a bit rust, all looks great with patina looks. Original interior looks great, in remarkable condition for its ages, seems looks as rarely used. The engine correct but not specifically said never been rebuilt, but given the condition of the engine it’s a fair guess that it original factory finish. Overall it an awesome original 1954 Kaiser Special sedan, it could be a great start to restored. 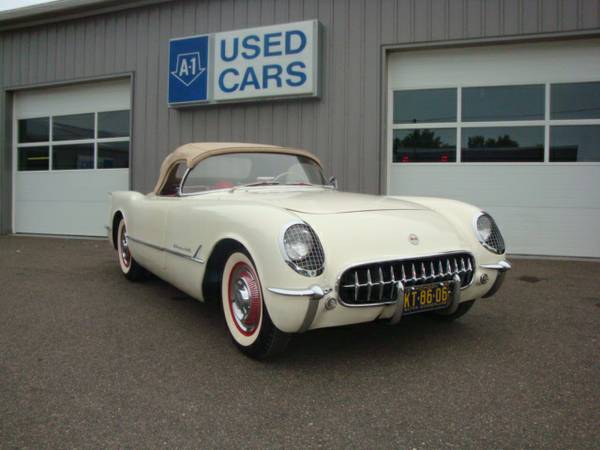 Here a first generation sport car were offered by Chevrolet, yes it early Corvette commonly known as the C1 only 3,640 were built by hand in 1954 and this one of them, come in white convertible style, has original low miles looking for a new home.

Yes it looks so beauty from inside to out so solid and perfect shape, uncontested. The exterior so nice, interior and engine are look so clean and neat like never used. Hope it's a perfect car, runs and drives well also, he deserves to considered and worthy to kept in own garage. Overall it's one of the greats rare American sport car ready on trade today, 1954 Chevrolet Corvette convertible asking $68995 location in Wisconsin. 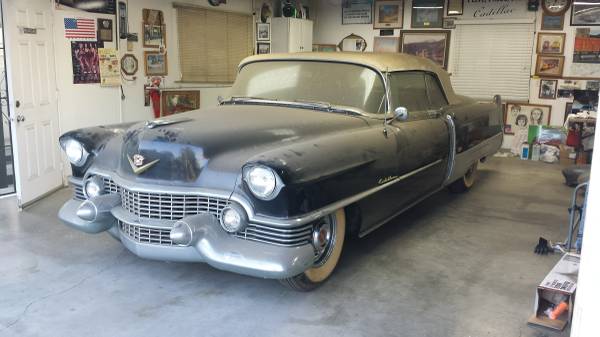 This luxurious antique car manufactured and marketed by the Cadillac Division of General Motors. As the picture is a first generation of the Cadillac Series 62 Eldorado was released in 1954 as top-of-the-line, limited-production specialty convertibles. Very nice car has been storage on the barn long time ago, looking for new owner. 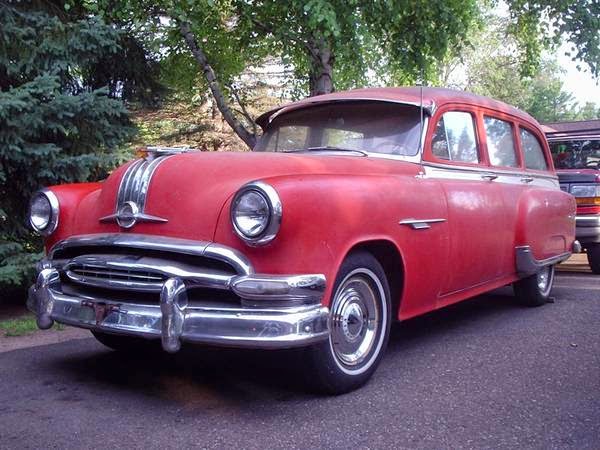 Here's American classic family car produced by Pontiac, as the picture is a first Generation Chieftain station wagon was released in 1954 with 26,000 miles, runs and drives great looking for new home. 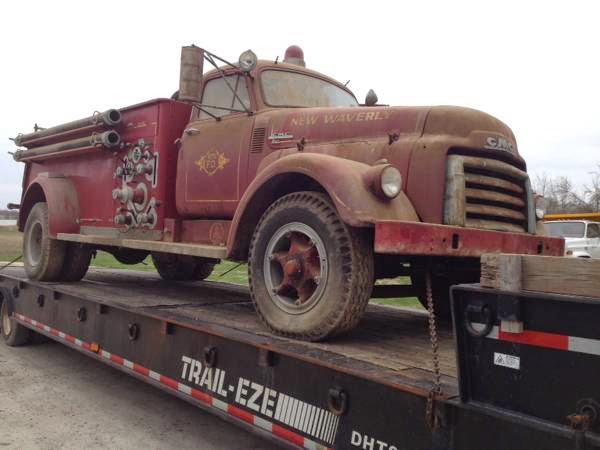 Interested want to restore a firetruck? This a vintage American firetruck made by GMC released in 1954 has been in barn for 15 years, looking for new barn and owner. No much detail about this truck you must asking to its owner, maybe a picture will speak condition little bit. Here find it on craigslist. 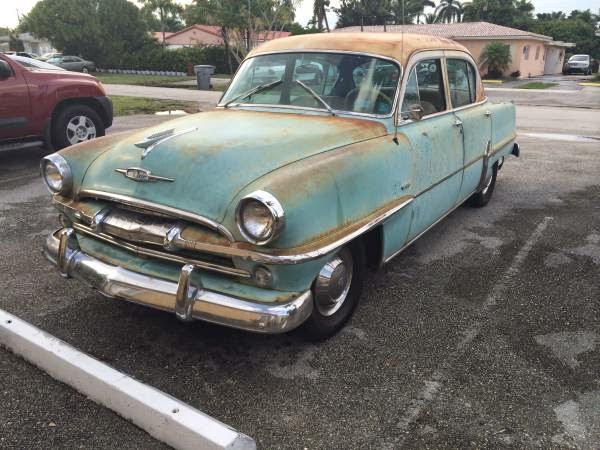 Here's we found very nice object for restoration project, early first generation of Belvedere released in 1954 by Plymouth came in full size 4-door sedan on green, had rebuilt motor with only 25 miles on it. This is a 95% original car, ready to be restore, the body in good shape. Only need paint and new interior for the glory as he destined to show up here. 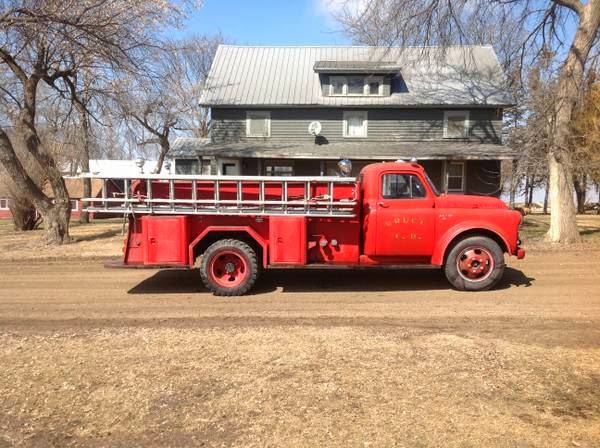 I don't know why I like this pic, only one but he's already told me all the stories that he had. Let's me to keep it for share with all of you the firefighters around the worlds, thanks to the owner.
Labels: 1954, Dodge, Truck 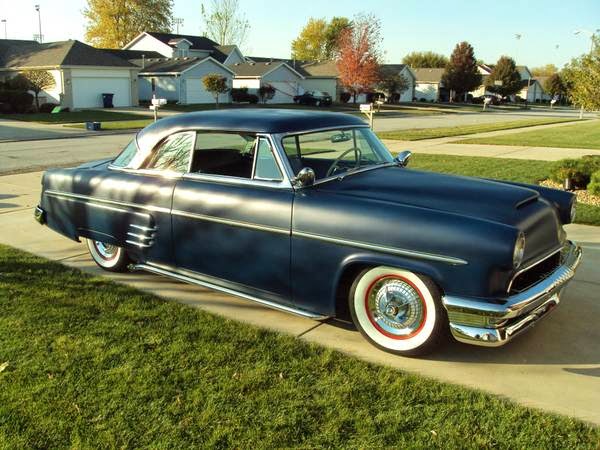 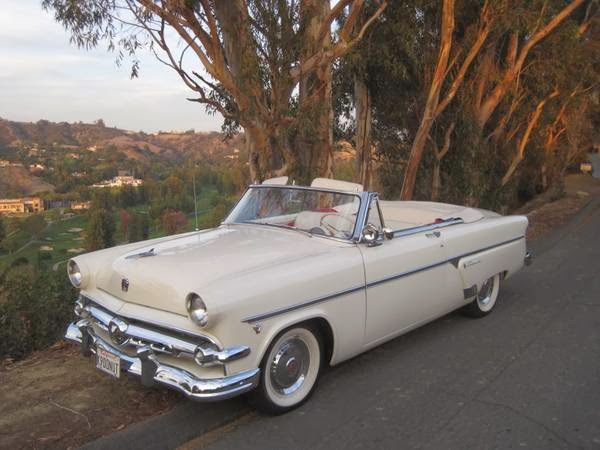 Here's we found the coolest Crestline we ever seen, like as sample today. This is a beautifully restored convertible, yes it's should be like his destiny. 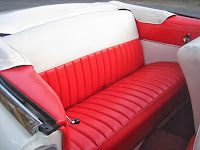 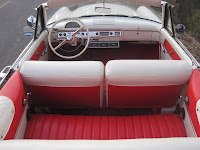 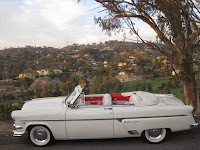 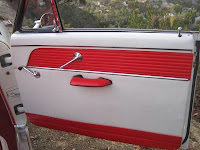 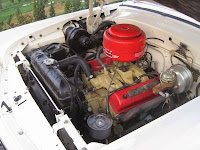 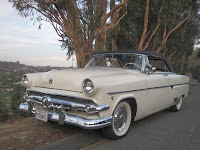 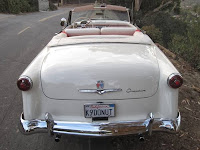 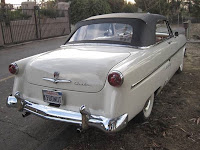 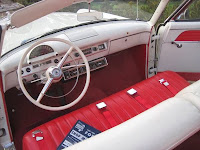 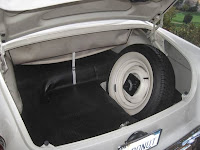 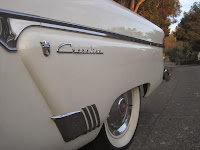 1954 Ford Crestline Sunliner Convertible, detail of restoration
Completely sand blasted body before being painted Sandstone white. New two-tone red and white upholstery, new carpet, and black convertible top. Absolutely stunning!!!! The rebuilt engine ( with correct paint ) Y-block V-8 with 130 HP, and a factory on the column 3 speed manual transmission. There are dual exhausts and new suspension. An upgrade 12 volt electrical system with alternator, air condition, power steering, power brakes, and correct wide whitewall tires, all to the enjoyment of driving this car.
Great car to enjoy driving or crus in along the cost!!! 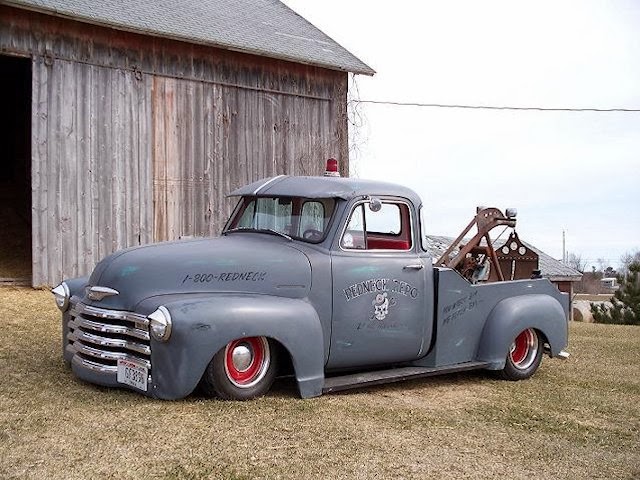 Detail about this truck:
The Redneck Repo shop truck is a 1954 Chevrolet 3100 with a 1953 front clip. The wrecker box is handmade and features a 1930's hand crank boom. The truck is powered by a 1962 327 and fitted with an Edlebrock aluminum intake and Edlebrock AFB style carberator, original '60's Cal Custom aluminum valve covers, an Olds air cleaner and a turbo 350 transmission. A '68 Camaro front clip was used up front and a GM 10 bolt in the rear, and a custom air ride suspension setup provides the ride and stance. The interior features '60's style tuck and roll, a Moon tachometer, 8-Track tape-player and a original Motorola two way radio. All of this topped off with an original emergency flashing light mounted on the roof.