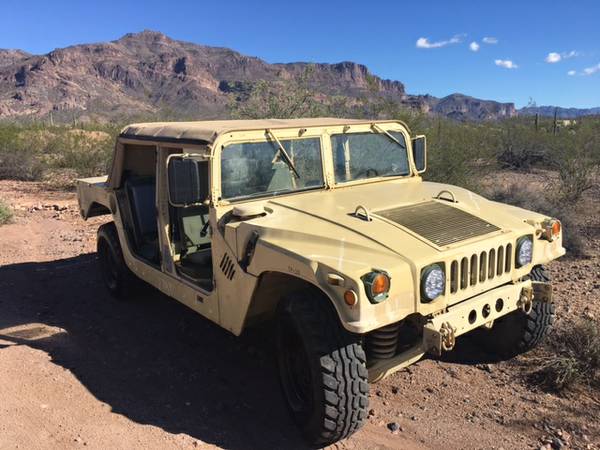 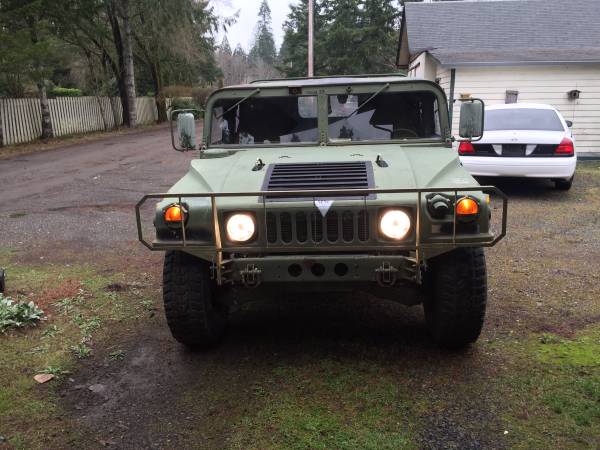 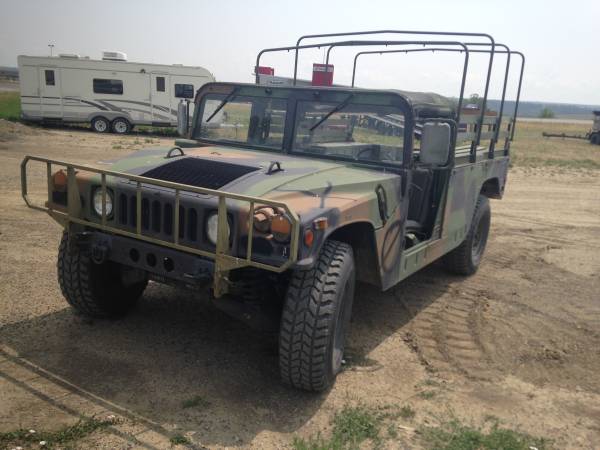 This a military all terrain vehicle made by AM General for US Army, as the picture is M998 series built in 1990 powered by diesel-engine with automatic transmission has 9800 original miles, it still strong and reliable to pump your adrenaline at off road track. Yes this Humvee for sale and it would be a great collectible toy sit on your garage... Awesome... 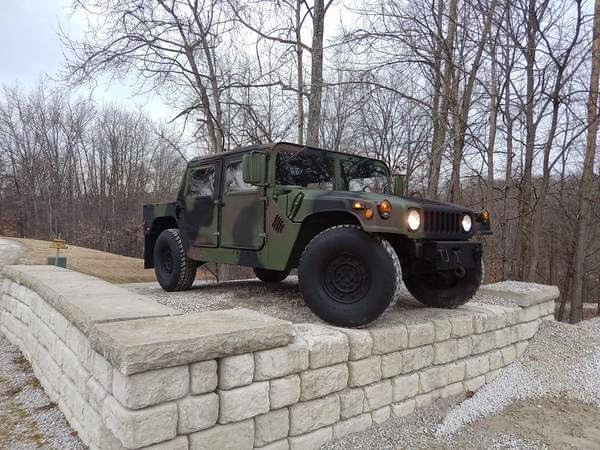 American Light Military Utility Vehicle made by AM General, it's a High Mobility Multipurpose Wheeled Vehicle (HMMWV), commonly known as the Humvee, is a four-wheel drive military automobile. The Humvee won the tender compete with the Cheetah, Lamborghini to replaced the role of Jeep in US Military job. As the picture is AM General M1038 Humvee HMMWV built in 1987 looking for new owner.