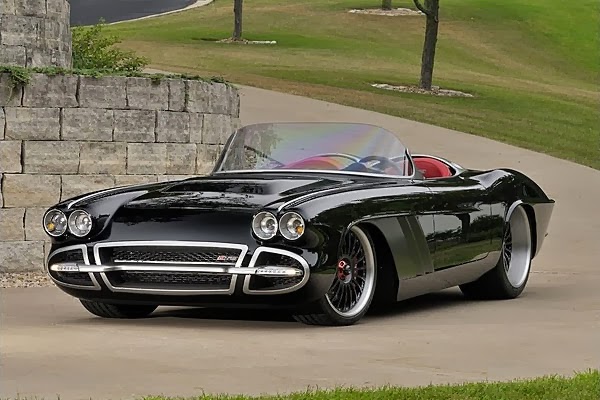 To many awards for this machine, The Winner of the Good Guys Street Machine of the Year and SEMA GM Design Award for Best Hot Rod, both in the same year 2009.

Short Story: July 2008, Jeremy Gerber, one of the owners of the Roadster Shop, and customer / owner Barry Blomquist began to custom build his Corvette, starting with brainstorming what should go into this car. The first they rebuild the chassis. The plan was to build a production chassis that would offer unmatched handling, performance, and a comfortable ride. The R&D on the chassis took about 2 months, during that time they also thinking about the concept and idea to build a modern concept car version will apply on classic car, 1962 Chevrolet Corvette.

Artist Eric Brockmeyer was called in to help with the renderings and lend some of his design ideas. Several versions later, the concept was finalized. The car was then named the “C1-RS”. “C1” after the first generation Chevrolet Corvette, and the “RS” coming from the Roadster Shop.