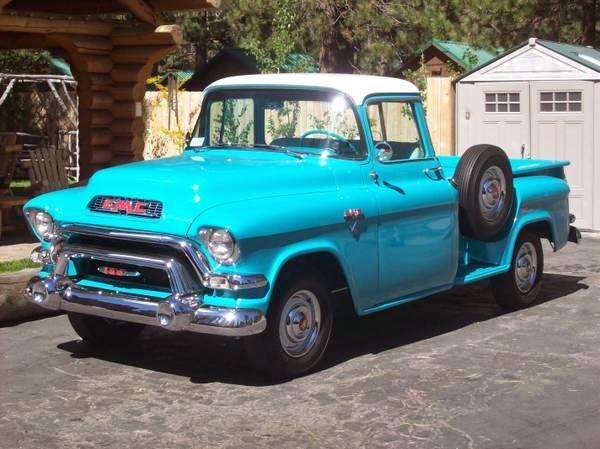 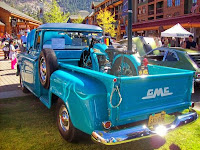 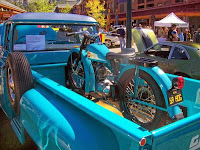 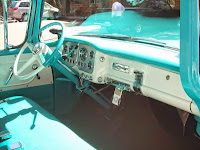 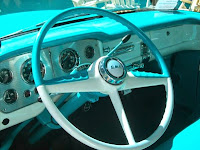 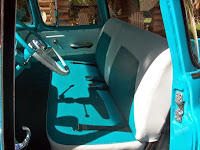 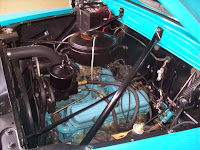 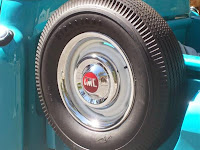 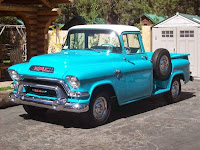 Detail by Owner
This stunning truck was purchased from the original owner. It is a frame off nut and bolt restoration that was a labor of love for over 16 years by me, the second owner. It is a life long California truck and 1 of 500 ever built. It was originally ordered with every available option. Every nut, bolt, clip, and part is factory original. It was completed in 2009 and is considered 100% stock original. The 26000 miles showing on the odometer is original for this truck. Special attention was paid to details right down to the original paint formula called Aqua Blue and white. The body and paint are spectacular as is the glass and chrome. The Blue and white interior is just as nice as the exterior. This spectacular truck is equipped with, power steering, Autronic automatic high beam dimmer, 4 speed Hydra-matic transmission, Longbed step side bed, Side mount spare, Big back window, Front anti-sway bar, Dual gas tanks, dual outside mirrors, armrests, sun visors and the full gauge set. You may have noticed the license plate is original. The engine is the optional 316 cubic inch V8 producing 210 hp. The body, interior engine compartment and bed are all in spectacular show condition.

The Harley is a 1959 Harley-Davidson Hummer 125. There were 1300 made and this is 1 of 12 left known. It has less than 10 miles on it and was a decoration in a biker bar in Tennessee since new. The owner of the bar stated he bought the bike new and rode it 6 miles to his bar and hung it from the ceiling until it was purchased in 2010. It is 100% original and unrestored. It still has the original Harley-Davidson #2 spark plug in it and it still does run well. This Harley still retains a few original documents that go with it. It is ironic the colors of the truck and Harley look the same but they each are original colors. This is a spectacular combination from the American truck industry and American motorcycle industry. This pair belongs in a museum never to be torn apart. Imagine this is exactly how the enthusiast would have loaded up his Harley and headed to the bike rally back in the day. These two have been in over 30 shows and have never lost. In 2011 it won Hot August Nights and was the feature vehicle in the Nugget Casino. It was also featured in Custom and Classic Trucks magazine in August of 2010. This truck and bike are ready to continue their winning ways so if interested, please visit link below.