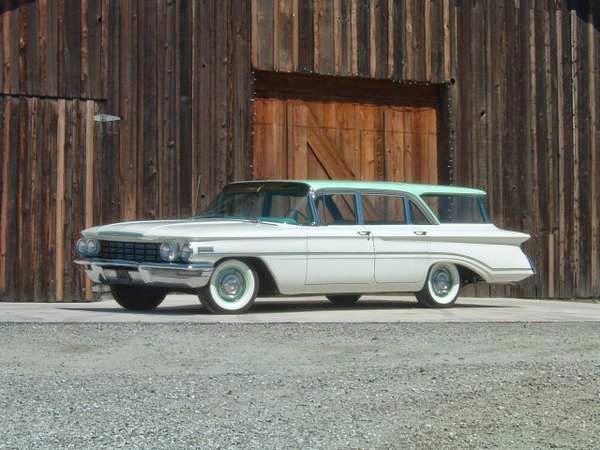 Here's we found a fourth generation of Oldsmobile 88, from 1950 to 1974 the 88 was the top-selling line by the Oldsmobile division of General Motors, particularly the entry-level models such as the 88 and Dynamic 88. It's a Dynamic 88 built in 1960, and this a rare  in 1960, Oldsmobile production had tailed away slightly over the previous year's, but still surpassed 347,000 units but not the Holiday station wagons, which probably explains their scarcity even when new.

Among the Dynamic 88s built in 1960, just 8,834 were five-passenger Fiesta wagons like this one, along with another 5,708 produced with seven-passenger seating. How many of them survived? 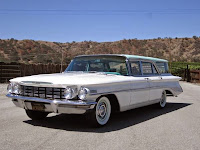 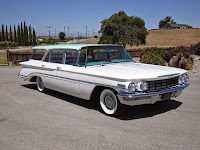 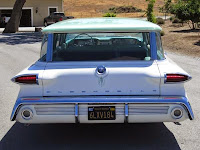 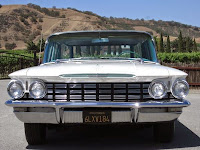 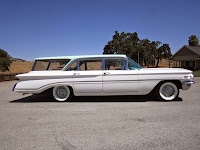 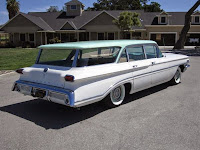 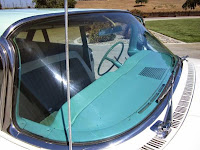 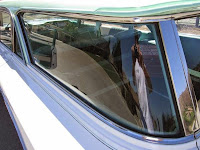 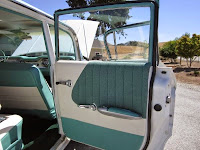 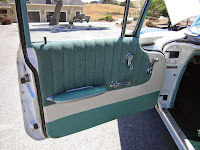 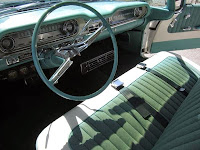 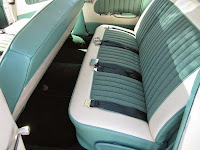 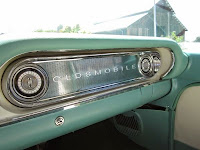 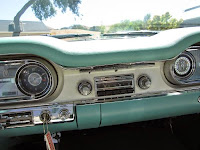 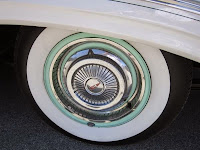 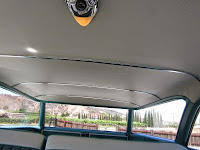 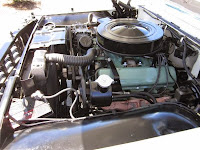 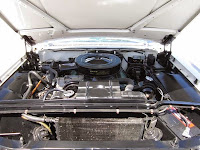 Detail about this Wagon
1960 Oldsmobile Dynamic 88 Fiesta Wagon, in 2010, the 371ci motor and Hydromatic Jetaway transmission were pulled and motor was dismantled to bare, short block. Then, rebuilt up to long block. Engine compartment and accessories were repainted to "stock presence". Jetaway transmission was also inspected, flushed, and adjusted. Mechanic went through to make sure nothing else was needed. Interior and exterior were done by previous owner back East, but still look like they were done recently redone.
In exceptional condition for her age, but there are some imperfections and a few items still needing to be addressed. Recently had AC recharged. Blows cold! Chrome has been redone and is in very good condition, but has some imperfections and one chip. Car has always been stored covered and inside. This has been a great car for us.

Interested about this wagon, please visit link below
http://losangeles.craigslist.org/lac/cto/4623906459.html