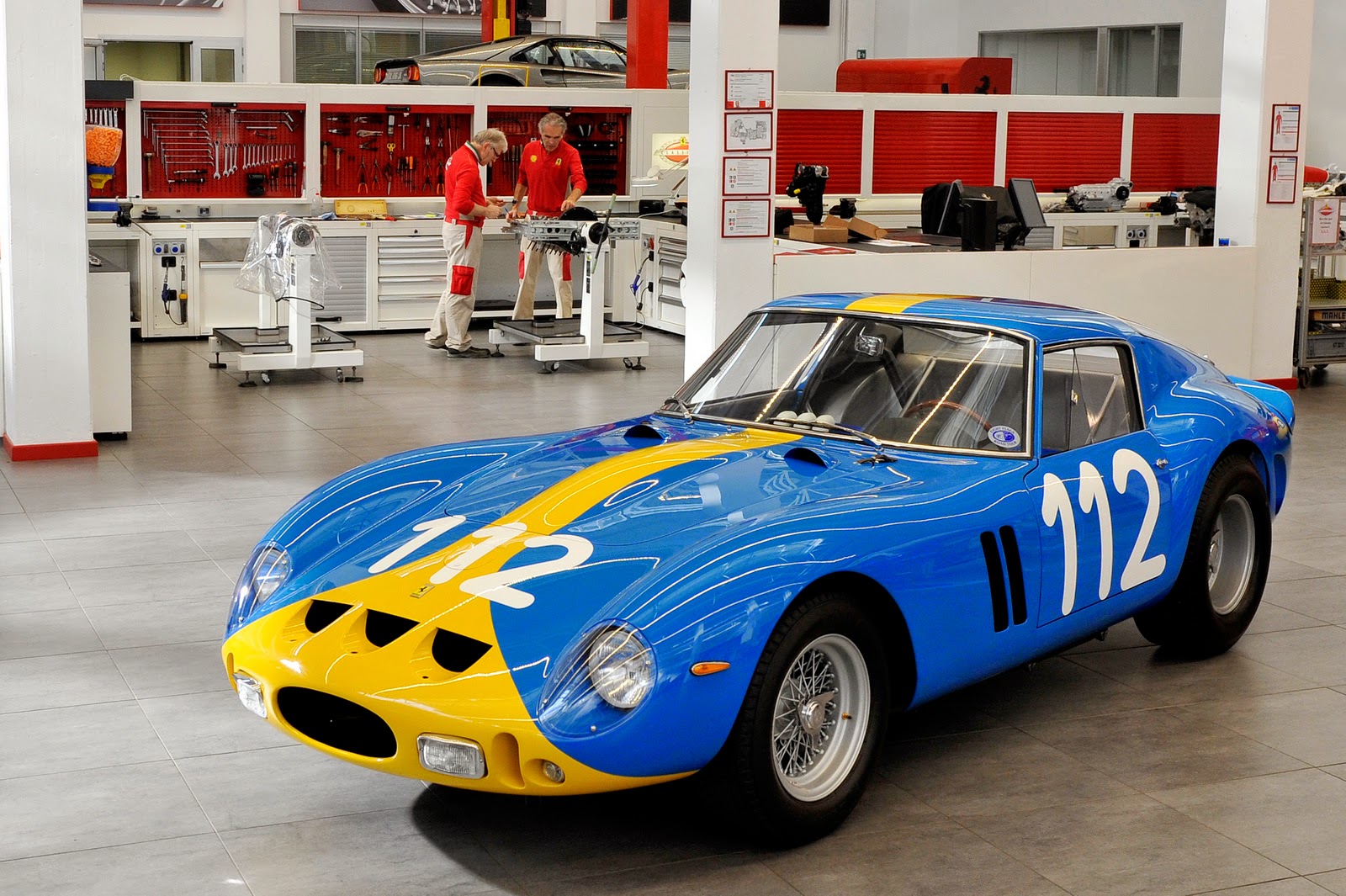 The Lady in Blue, they call him, it's about the classic legend has just returned to say a greatness to remembered. This a Ferrari 250 GTO built in 1962, one of the stars of the tracks in 60s had just fully restored by the specialists from Maranello at Ferrari Classiche department, need more than two years of full restoration to its original engine and bodywork configuration, now ready goes to United States return to its owner.

Detail about this GTO
1962 Ferrari 250 GTO based on Chassis no. 3445 powered by 300bhp V12. This ultra-rare classic racing car, one of the rarest and most valuable cars ever built, worth more than tens of millions of dollars, was crashed.

In 2012 an 250 GTO had accident on a French racetrack, then the wrecked goes to Maranello for restored. During stay in Maranello, Ferrari's own historic division has painstakingly worked to restoring this GTO to the original engine and bodywork configuration accordance he did the maiden race, the Bologna-Passo della Raticosa in 1962. Except on the livery it’s the same livery where he got accident.

History of this Car
In June 1962, was sold to Count Giovanni Volpi di Misurata, a passionate racing driver, who competed under the S.S.S. Repubblica di Venezia insignia. During this particular stage of its career, the car also won the Trophée d’Auvergne ride by Carlo Maria Abate.

In April 1963 was purchased by Swede Ulf Norinder, the 250 GTO had a change of livery, to comply with the racing regulations on that time. Originally the red Ferari's to blue and yellow colours of Sweden flag. Mr Norinder then drove it to victory in the Vastkustloppet in his home nation. The car also finished second twice in the Targa Florio (with Bordeu and Scarlatti in 1963, and 1964 with Norinder and Pico Troiberg, the latter time as no. 112 which it still bears today).

After 1964, the car changed hands several times before the 250 GTO, with distinctive blue and yellow racing livery, involved in fatal accident collided with another car and suffered serious damage. Mr Cox bought it and decided to send it back to the Ferrari factory for a full restoration like its original splendor.

If he show up in the auction event, it's be a real expensive classic car today. On the last year someone has paid $52 million for Ferrari 250 GTO 1963 year model. Till today nothing comes close in to the break that record.