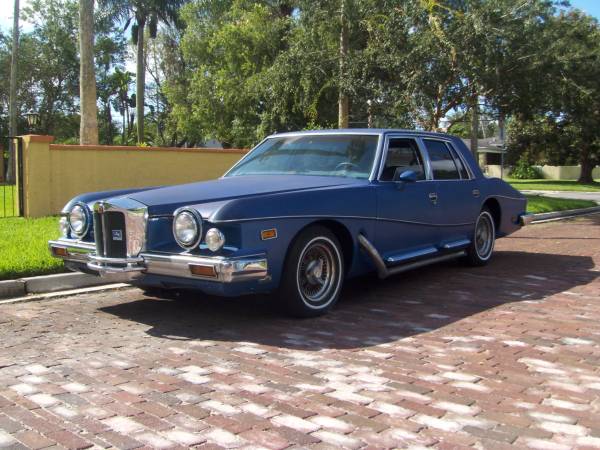 This the American personal luxury car manufactured by Stutz Motor Company, as the picture is a sixth generation of the Stutz Blackhawk was released in 1980 it very unique and quite rare car come in 4-door sedan body style it's handbuilt in Italy, only 350 Blackhawks had been sold in 1980 and this one of them. 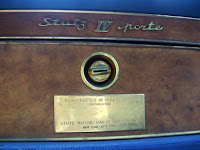 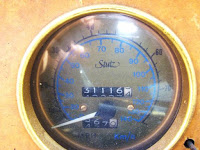 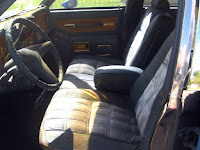 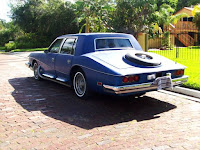 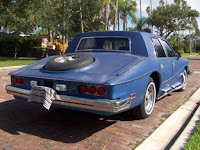 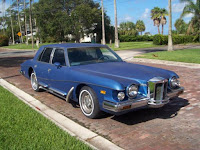 Detail by seller
This 1980 Stutz Blackhawk four door was once owned by James O'Donnell, president of Stutz Motor Company. It has covered less than 32,000 miles, and has been with it's current owner for more than a decade.

James O'Donnell stated that fewer than 600 of these American luxury cars were manufactured between 1971 and 1987, there were far fewer four door models, than the two door. The Virgil Exner designed Stutz was priced higher than the Rolls Royce of the same year, this super rare automobile, favored by the hollywood crowd, is sure to be a wonderful addition to any collection. Be a part of the Graceland Stutz Car Show, or just drive it around for all those amazed looks from admirers.

This 1980 model had the Pontiac Bonneville chassis with the Oldsmobile 403 cu. in. engine, has never been restored, and although it is driven short distance regularly, it would benefit from a new sympathetic owner. The front seat and dash will need recovering. The paint has suffered from the Florida sun, and some rust bubbles will need attention. Some light electrical work is needed to get some gauges and lights working correctly.

Here we found on craigslist