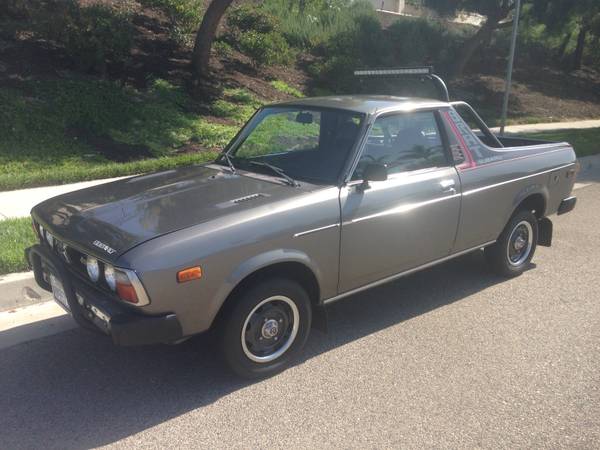 This 4WD coupe utility produced by Japanese automaker Fuji Heavy Industries (FHI) under the Subaru Brand, as the picture is a Subaru Brat built in 1978. This car has been fully restored and rebuild engine. Never been sold in Japan, the Subaru Brat was made at the request of the President of Subaru of America, being developed in Japan based on the Subaru Leone then exported to Noth American, Australia and United Kingdom with any different name.

The pics as confirm, all looks so nice with straight shape, no dent and rust issue. Interior looks okey hope no something hidden, engine photos not so clearly here we left it to you if want him. It's one of nice 4WD coupe utility vehicle from Japan, 1978 Subaru Brat ready to go for $12500 location in Los Angeles California. 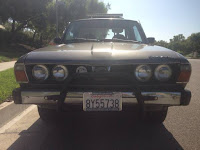 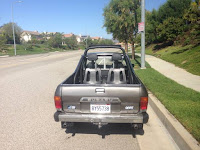 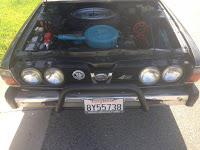 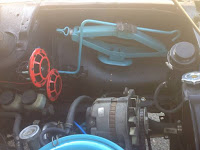 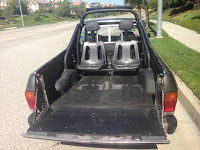 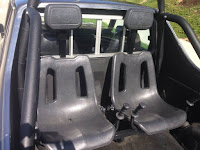 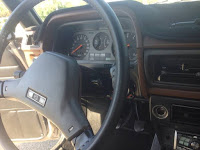 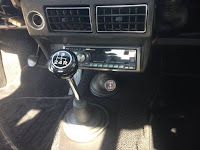 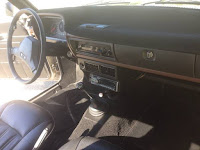 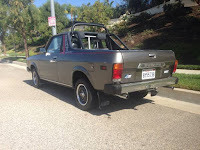 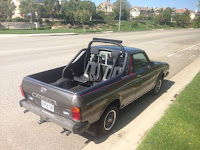 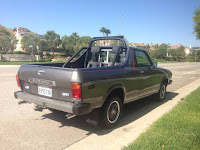 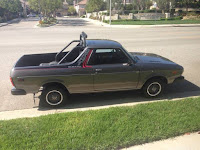 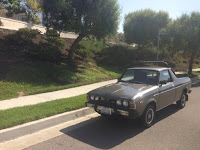 Details by owner
If you are looking at this you already know what a BRAT is. Nearly every-time I take it out, people stop me and ask about it. Or tell me they haven't seen one in 30 years! What you are looking at today is a restored 1978 Subaru Brat, fantastic condition almost entire truck has been restored. I purchased the truck from the original Owners son, with a broken motor. A valve had let go and shot out through the Passenger side head. Motor was completely rebuilt along with a huge list of other parts. I had my mechanic go front to back and replace or rebuild anything that was worn out or broken.
165,000 Miles on the Chassis
About 1,200 Miles on the Rebuilt Motor
The Truck was repainted by the original owner in 2005, fresh window rubber and glass was installed. The original side and rear sliding window are all in excellent condition. I would rate this Brat a 9 out of 10.
The entire engine bay has been coated in a protective coating to help prevent rust, along with the wheel wells and rear bed. The interior has been completely gone through. New carpets, new door panel coverings, new rear tray, new seat-belts, new headliner. The dash is cracked and has been covered with a fitted black carpet dash mat. The interior trim pieces have been color matched black to match the carpet and seats.

This Brat is truly a great running example of the BRAT. Runs and drives perfectly, you could use this as a reliable mode of transportation. Lights, Engine, Brakes, Transmission, 4WD all work as they should.

It is equipped with an aftermarket Weber Carburetor, that I've adapted an original Subaru Air-cleaner to mate up to. Only the best care and parts have been used in bringing this Brat back to life. Below is a short list of all the work that was done to it, since being in my possession.

The list is pretty extensive, I'm sure there are some things here and there that I am forgetting but this is the bulk of it. All receipts and paperwork is available and will be shown to buyer.

Older Subaru's often suffer from rust and rot, this Truck is nearly rust free. I would say this is about as rust free as you can get these days. The underside is in great shape, typical light surface rust is here and there under the truck. I've tried to take a photo of the ONLY rust that I can see. Smaller than the diameter of a US Dime. When I sprayed the wheel wells, I tried to coat as much surface as possible, including up into the front fenders. They did not show signs of rust but I wanted to protect as much as I could.

If you would like to see my build thread, please click this link. I've chronicled everything from the day I bought it. With photos taken every step of the way.

Please feel free to post questions here or contact me via phone. Text or Voice is fine.

I reserve the right to end the auction early for any reason. I have this advertised in a few places so act quickly. Please note this is being sold with no guarantee or warranty. This Brat has been smoke FREE since I have owned it. I cannot speak about the previous owner but there is NO smell or traces of smoking in the Truck.

The Brat is located in Los Angeles California. I will be willing to work with a shipping company but you must secure you're own shipping. I will help you load it onto a trailer if you come pick it up. This is being sold as is, with no warranty.

This is about the best Brat I have ever come across. You will not find another Brat in this good of a condition. Typical Brats go for anywhere from $1000-3000, and those are fairly beat-up and rusting into the ground. I've watched as several nice Brats sell from between $11,000-13,500. Those High dollar Brat's did not have as much interior and engine work as this one has had done to it. (Something to keep in mind).