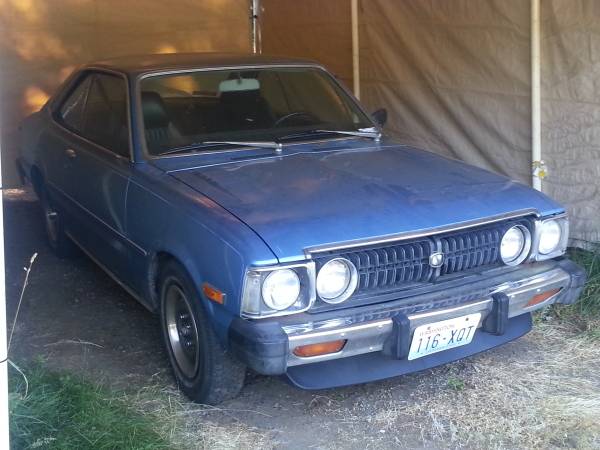 Here's very rare in US, 2-door coupe produced by Japanese automaker Toyota as the compact car to compete with Datsun 510 by Nissan Motors, yes it's a fifth generation Toyota Corona built in 1976 still in original condition and runs and drives good, only has 108K miles on it. It a very potential classic car to restored.

As we are seen here all looks perfect still in coolest perform. As its owner says, is original car, exterior looks okay come with few dent and some rust, but its remarkable as its ages, the interior looks clean and neat is awesome like rarely used. Unfortunately no engine photos as reference, but anyway it a seriously nice and rare 1976 Toyota Corona hardtop coupe was offered in Craigslist today, asking $3000 location in Everson. 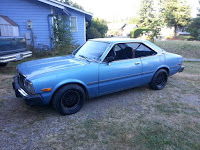 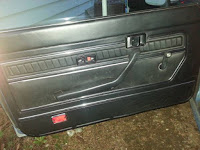 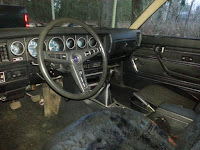 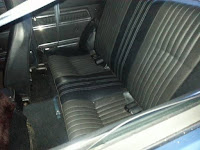 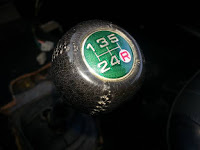 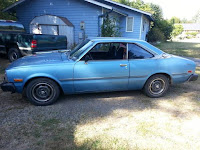 Owner says
Very rare classic Toyota, they didn't import very many and the majority have been wrecked or scrapped long ago. This car is in amazing original shape for a 40 year old import, especially for one that spent its entire life in Pacific Northwest. 108k original miles, original 20r engine and w50 trans, with a new Weber 32/36 installed last year.

The car runs and drives great but the engine does need to be resealed (40 year old gaskets). Other than the carburetor, exhaust, and front springs the car is 100% original and 99% complete. I still have the original parts that were removed, minus some of the exhaust, if you wish to restore it to original condition. The factory AM radio even works!

There is some very minor rust and a few small dents as to be expected on any old car, I've done my best to include pictures of all the cosmetic body issues. The rust at the base of the windows was bubbled under the paint, I scraped the loose stuff off and treated it with rust reformer to keep it from getting worse. Will come on the original wheels, mesh wheels NOT included.