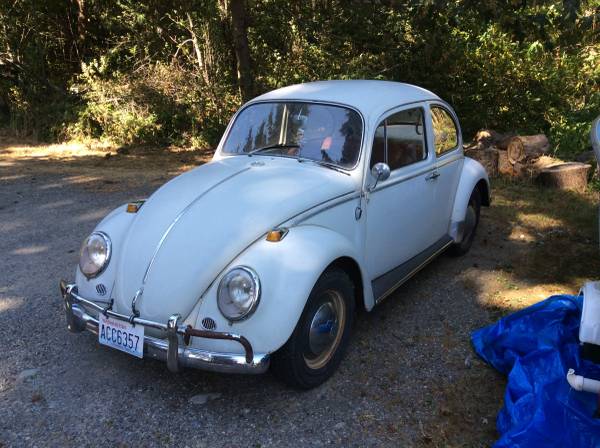 Here's we found this one of the automotive world icons, the vintage economy car produced by Volkswagen which is coming from Hitler idea. It's the Bug commonly known as the Beetle, as we've seen here is 1965 model year. The owner claims is an original VW Bug come from Wolfsburg factory never been restore, is runs and drives good and about two years as its daily driver car. Originally is a California car black plate has been stored in a dry barn roughly 15 years.

As we've seen hard to find imperfections here, it's remarkable Bug, great candidate to restoration project. With light magic touch by a VW guy that would make it sparkling back. 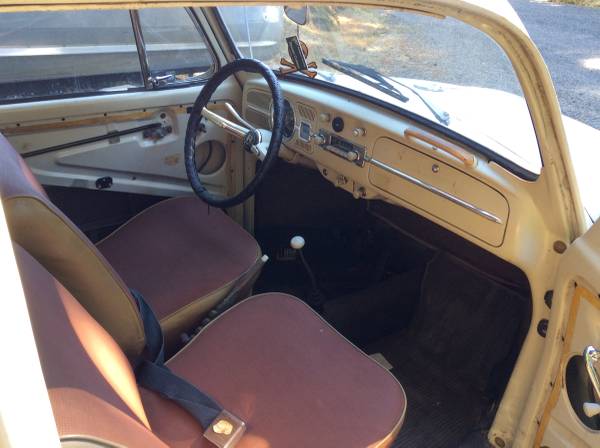 The interior looks complete with uncovered door, the radio and clock still there, hope its work properly and the rear seat remains in place. Also is said has a new odometer but still has the original unit. Maroon upholstery and black carpets not so good combination and slightly dubious authenticity. 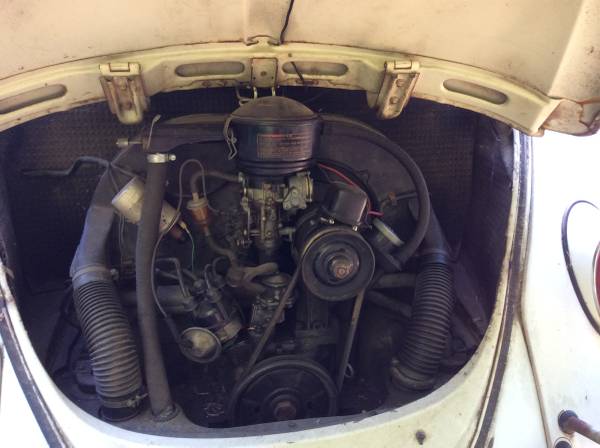 Not much engine detail was written on its ads, the owner claims is runs strong. It look like a standard 1200 cc air cooled engine with single carb seems it has good care also. Estimated less or more than 130k miles on it.

Details by owner
Barn find alert: here's an all-original, second-owner 1965 VW Beetle in remarkable unrestored condition. This car is complete, numbers-matching, and rust free. It's got a 6-volt electrical system (last year of the 6 volt). It was originally a California car, and was stored in an actual barn for roughly 15 years. It was purchased brand new by a family friend in Santa Monica, and apparently driven only lightly - it was fitted with a tow bar so that it could be towed up to the family's vacation cabin, and served as a runabout there. It was then used as a daily driver here in Bellingham before being parked in the early 90s.

We pulled this car out of said barn several years ago and put new brakes, brake lines, and tires on it. A significant amount of electrical work was also done at that time, and some other odds and ends, all of it at John's Repair in Fairhaven. The car was then a daily driver for two years. It now has about 30,000 miles on it. The speedometer/odometer was replaced a couple years ago (the new one reads 80,000), but we have the original unit.

It's been sitting for a couple of years, but will turn over and should run and drive. The tabs are not current, so for right now it will need to be towed, but the motor runs strong. Comes with the original California black plates, tow bar, and the original factory tool kit.

This car could be a cool daily driver or a prime restoration candidate. Hagerty's values these cars, in fair condition, at about $4,000. We're asking $3700 obo.