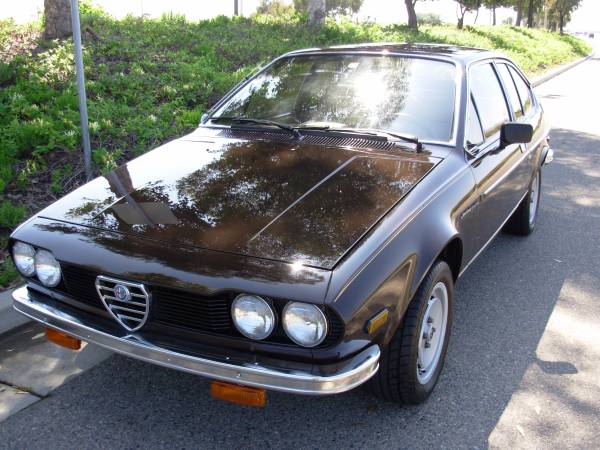 Here's found this one Italian vintage fastback coupe that was listed on Craigslist for $9500 located in San Diego, California. As you've seen here is an original 1979 Alfa Romeo Alfetta in pristine condition that comes in brown with only 93500 miles on it. For today is a rare car in the US, especially in this condition, the appearance looks promising. That could be a remarkable example of Alfa's Alfetta GT with European bumpers offered in the US today.

This is the predecessor of GTV6 is early grand tourer series of Alfetta also called Sprint Veloce fairly handsome 2-door fastback coupe body produced in 1979. It was very popular due to its combination of a modest weight with powerful engines, selling over 400,000 units until the end of its production run including 13.715 units with gigantic bumpers front and rear sold in the US for the 1975 to 1979 model period. 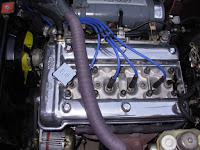 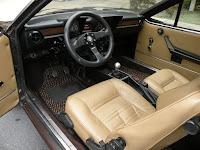 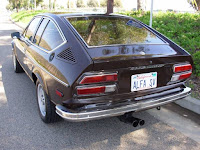 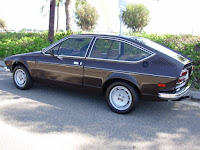 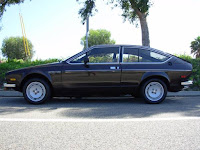 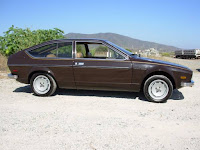 Detail by seller
Pristine and original and rare Alfetta. European bumpers, leather interior. Featured on the cover of Hemmings Sports & Exotic Cars in 2011 and in another story in the same magazine in 2010. Original owner, all books and records, very large collection of Alfetta published materials, books, sales materials, manuals, and more. Some spare parts like grills and tail light lens. All original paperwork from purchase and manuals, the owners manual signed by Guigaro himself(the car's designer) when the car was shown at the Concorso Italiano in 1995 at Monterey. Have a photo of the designer next to the car. Runs very well, just smogged and worked over by Erik Rathman at European Automotive. Email me for a link to a large collection of pictures and videos on Dropbox at: https://www.dropbox.com/sh/4vpxfjypmfx05l7/AABlofivF6UbsQavnWeGe5s7a?dl=0

If you interested about this car, please visit link below
http://sandiego.craigslist.org/csd/cto/5685254313.html