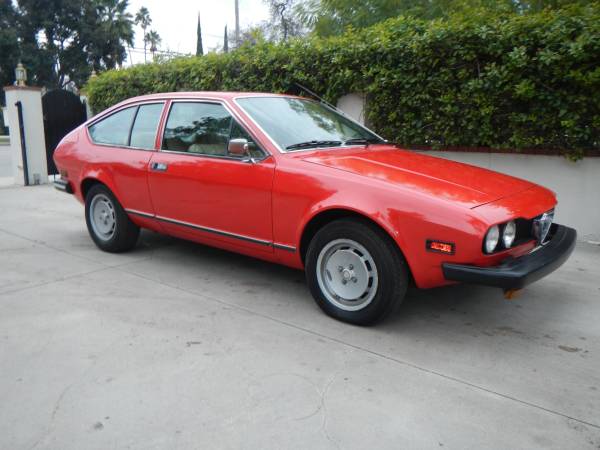 Found this one being offered in Craigslist looking for $7500 located in California. Very good object to restored, this an Italian classic car built in 1977 by Alfa Romeo well-known as the Alfetta GT, is a complete car, running and driving reported. The car look potential and promising, not so much rotten seen from here, seems not so widely to restoration.

This 1977 Alfa Romeo GT fair condition come in red body frame but the original is blue, not perfect but it has a good shape with light rust issue. The owner claimed is a GTV model but the badge shown just GT that was understandable, he was not an Alfa Romeo enthusiast so not very familiar with these car, so intends to sell. 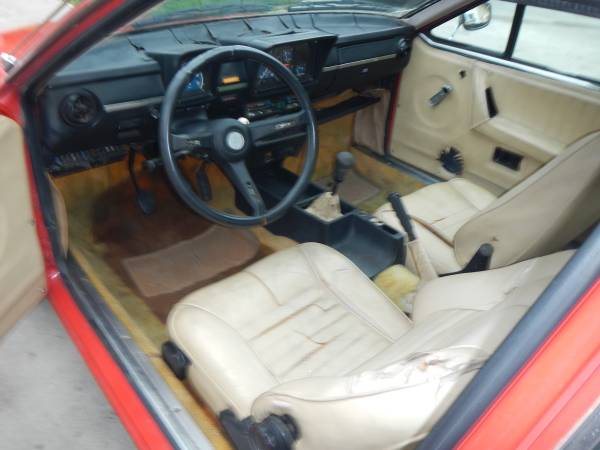 This a few works needed to be great again, the audio system very clearly in need, dashpad must replaced and reupholstery could be good especially for its both front seats. Overall it's a good base to renovated, no rotted shown here. 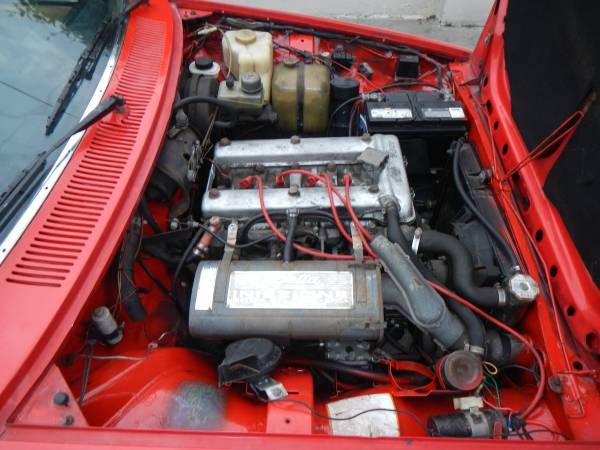 As you've seen here is a 2.0 litre inline 4 engine non turbo backed by manual transmission is said runs well and shifts well, no issue but for sure must come to a closer inspection for accurately calculate. Could be great it's a perfect base to rebuilt. 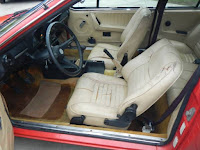 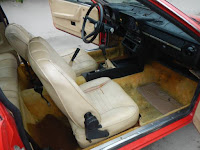 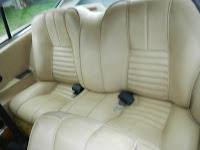 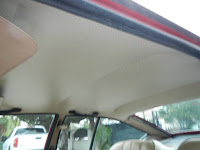 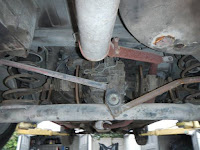 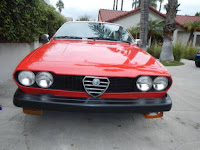 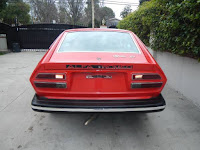 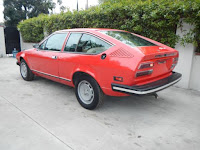 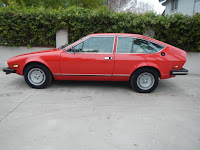 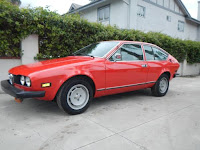 Detail by owner
Alfa Romeo launched the Alfetta berlina sedan in 1972 with a new floorplan, modern styling, and a decent rear seat. The name traded on racing successes in the past, and used double wishbones and torsion bars in front with a DeDion transaxle at the rear, and inboard brakes. Engines were an 1,800-cc DOHC four-cylinder initially, then a 1,600-cc mill in 1975, and a 2,000-cc from 1977 on. There was even a turbo-diesel engine in Europe. An impressive 450,000 of all variants were sold between 1972-84.

A Giorgetto Giugiaro-designed GT/GTV coupe quickly followed in 1974, and made quite an impact upon its arrival. One of his last jobs at Bertone, the coupe was built on a shortened Alfetta sedan platform, which made it more spacious than previous Alfa coupes. The car was also undeniably handsome. Early examples had an eccentric dashboard, with all the gauges except the tachometer in the center console, but that was subsequently redesigned, and in all, 120,000 were sold between 1974 and 1987.

Engines in the GT and GTV followed the same availability as the sedans until 1981, when a sweet 2,492-cc DOHC V-6 was introduced. The new engine caused the GTV to be known as the GTV-6, and it cut 0-60 mph times down to eight seconds en route to a top speed of 127 mph. However, there were attendant issues. The gearshift was quite long, the power windows actually came with a manual crank (just in case), sunroofs leaked, and the air conditioning was quite weak. Inboard rear brakes are difficult to get to and any benefit is obscure. The cars were thrilling to drive, however, and were still undeniably handsome.

Several special edition GTVs were offered, with the best being the Callaway twin-turbo, with upgraded wheels, suspension and brakes. It received Alfa's blessing, and is as close as Alfa came to a muscle car in that period.

Alfa Romeo GTVs of this period had trouble with their twin-disc clutch and four-part head gasket set, though those will likely have been updated by this point. Head gaskets were a perennial problem, too, with blue smoke letting off at high revs indicating worn valve guides, and noisy valves meaning a difficult adjustment is needed.

For any Alfetta, GT, or GTV, rust is a problem pretty much everywhere. Prospective buyers should start searching at the fender tops, wheel arches, front and rear window surrounds, and jacking points, then Insist on a pre-purchase lift inspection. Electrical gremlins can also surface.

Despite their high production numbers, there aren't a tremendous number of Alfettas available today, and even fewer can be found in top condition. Still, these cars have handsome leather interiors, a fun driving experience, and a low price tag that make them interesting collectibles today.

The 1977 that is in front of you is a decent car, it was originaly a blue car that is now red, the paint quality is decent, there are some paint blems but it has good shine and no major body damage or rust issues, there is some rust in the lower front lower fenders and in the rear cargo hatch pillar as seen in the photos, I have taken over 50 photos of the car. The trim is complete and in good condition as well as the glass throughout the car, I have new new badging for the car for the hood and rear bonnet. Good tires on the factory wheels. Interior is original and needs to be addressed, the leather seats have splits, dash is cracked, no radio, no speakers, some buttons such as the hazards are broken.

If you interested about this car, please visit link below
http://losangeles.craigslist.org/sfv/cto/5965419650.html