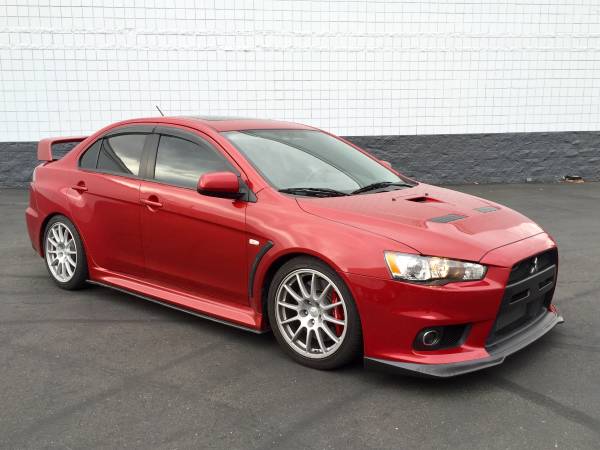 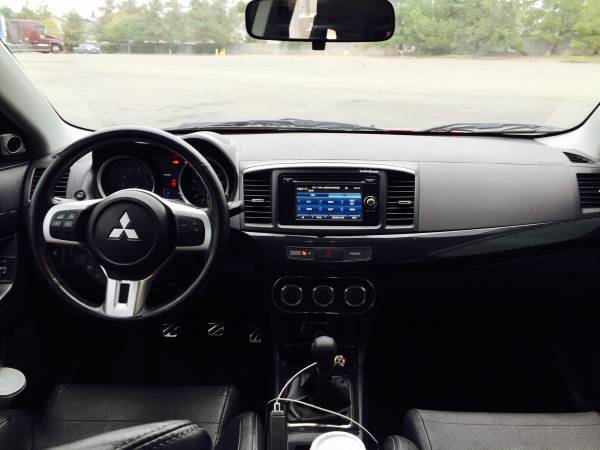 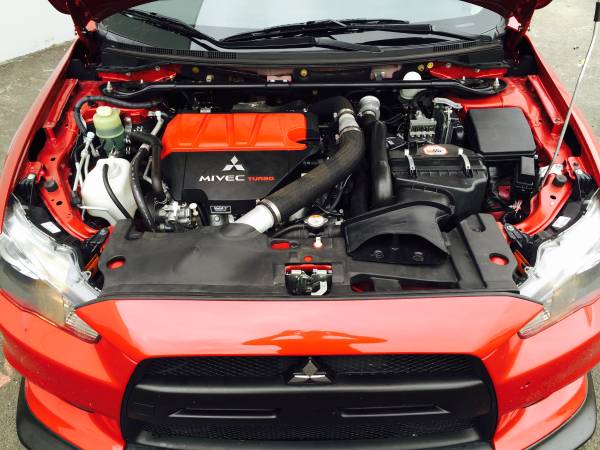 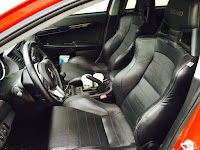 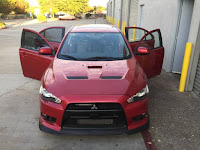 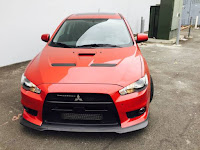 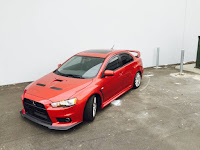 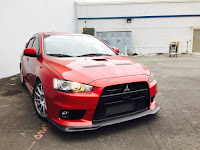 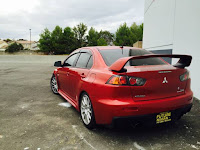 Details by owner
Here is one of a kind 2014 Mitsubishi Lance Evolution EVO X Rally Red Metallic.
Fully loaded with leather Recaro seats / Rare Package.
Sunroof
Brembo brakes
Lowered
H&R spacers
Front Ralliart lip
Tires are nearly new.
And many more options to list.
It does hold a SALVAGE title due to the side damage,
Passenger Front and rear doors were replaced and repainted.
Have pictures of the accident upon request.