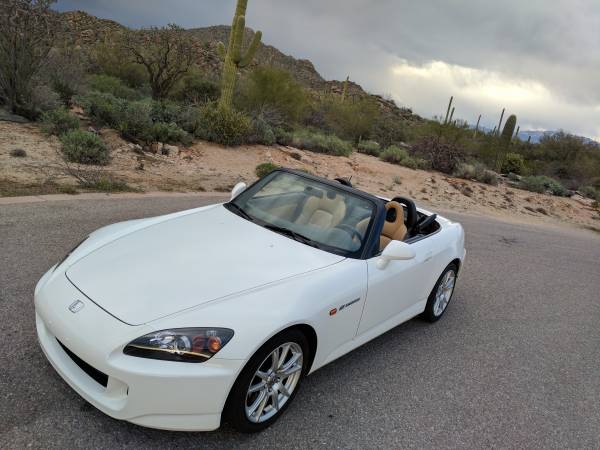 Found this one being offered in Craigslist about 10 days ago and still online today. As shown here is one of the best Japanese roadster made by Honda in 2004, well-known as Honda S2000 in rare color option Grand Prix White in immaculate condition has only 30000 miles on it. Sale by third owner asking $24,000 OBO located in Tucson, Arizona.

This is first year of second generation S2000 underwent several significant changes than previous generations, such as few cosmetic changes on the front and rear bumpers, headlight, new LED tail-lights, and oval-tipped exhausts including upgrades on the suspension and drivetrain to improve the handling and stability. On the power side still retained like first generation, it has a 240 HP 2.0L inline-4 engine mated with a 6-speed manual transmission. 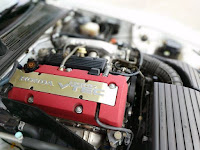 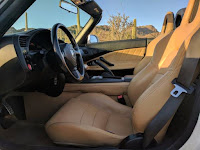 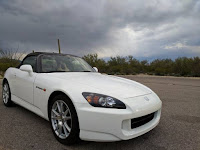 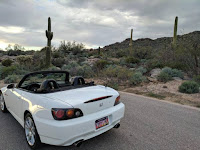 Details by owner
Letting go of my S2000. I suck at Autocross and track days scare me. I purchased this pristine 2 owner (at the time, now 3) car after waiting a year for something good to show up. I bought it with the intentions of taking it to autocross and a couple track days a year. After the first track day, I knew it wasn't for me.

The car is in immaculate shape, with the original cloth top that has been treated with RAGG TOPP annually. Carfax records show oil changes from the dealer through it's life. No modifications ever made. And never in an accident. All OEM body panels with matching VIN's.

Once in my possession I flushed the coolant, replaced the brake and clutch fluid with ATE Super Blue, and changed the oil. It has Bridgestone RE71R tires with a lot life left in them, cause I suck at driving fast. I also changed the old elastic straps with new Modrify ones, to be proactive.

There are a couple blemishes. On the rear drive side fender there is a small cluster of small door-dings from the 2nd owner, an older lady who struggled to get into her RAV-4 when the S2000 was parked next to it. There are about 3, but only obvious when looking from a side angle, and don't show up well in the pictures. Additionally, this same owner scratched the front bumper and covered it up with touch-up paint. It is about 1" by 1/4" center of the bumper.

Before purchasing the car I had it inspected by Science of Speed in Phoenix. They stated that the car was in excellent shape for its age.

I also have CARFAX records for any interested buyers to see.