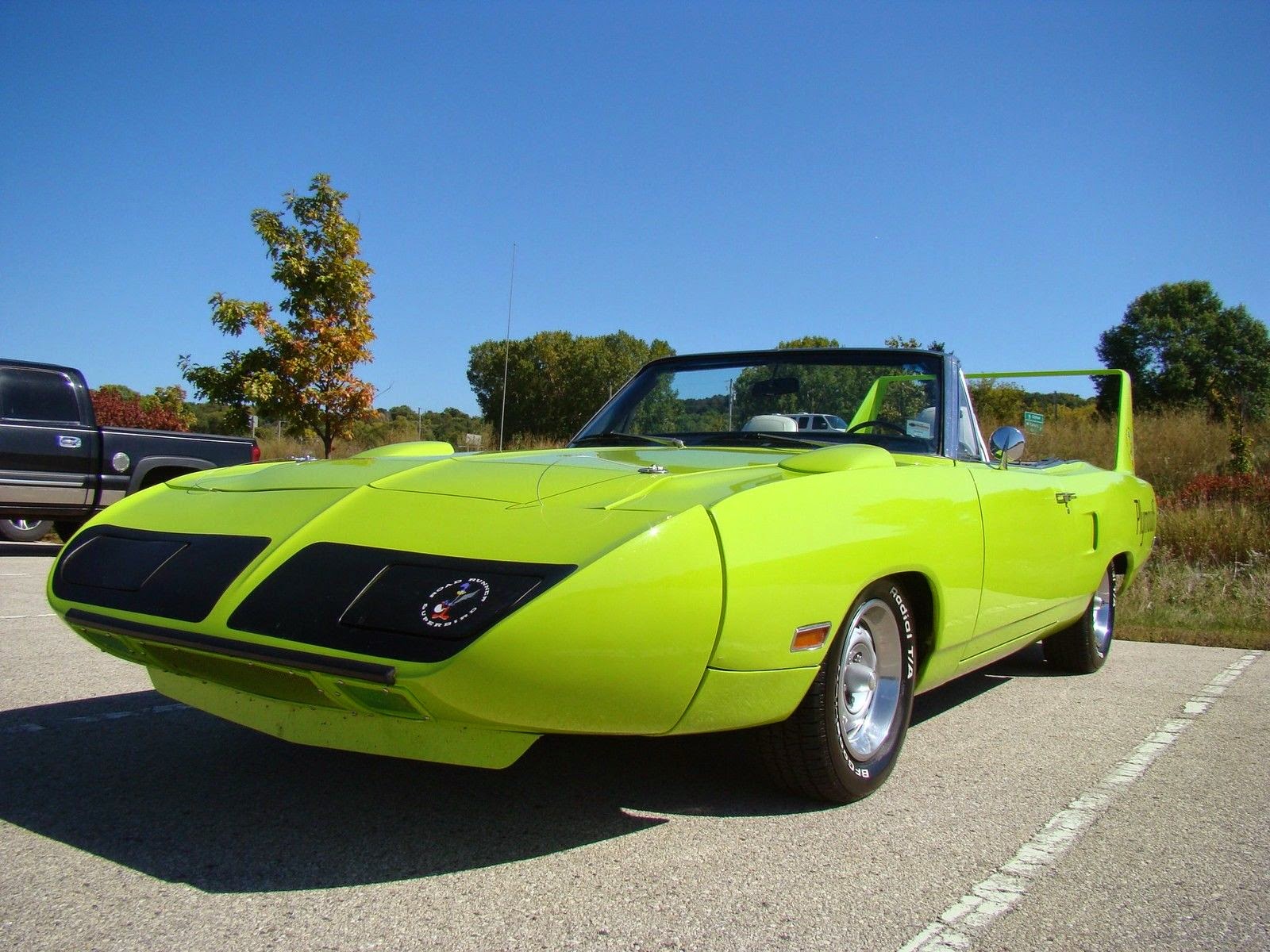 Here's American classic sport car, high trim level, special, fancy and fast produced by Plymouth, yes his comes with a little bit extreme styles, they have stronger muscle under the hoods and beep... beep.. if they passes you. One & Only...!? Not sure... Convertible Plymouth Roadrunner Superbird built in 1970, great driver! has low miles since restored. 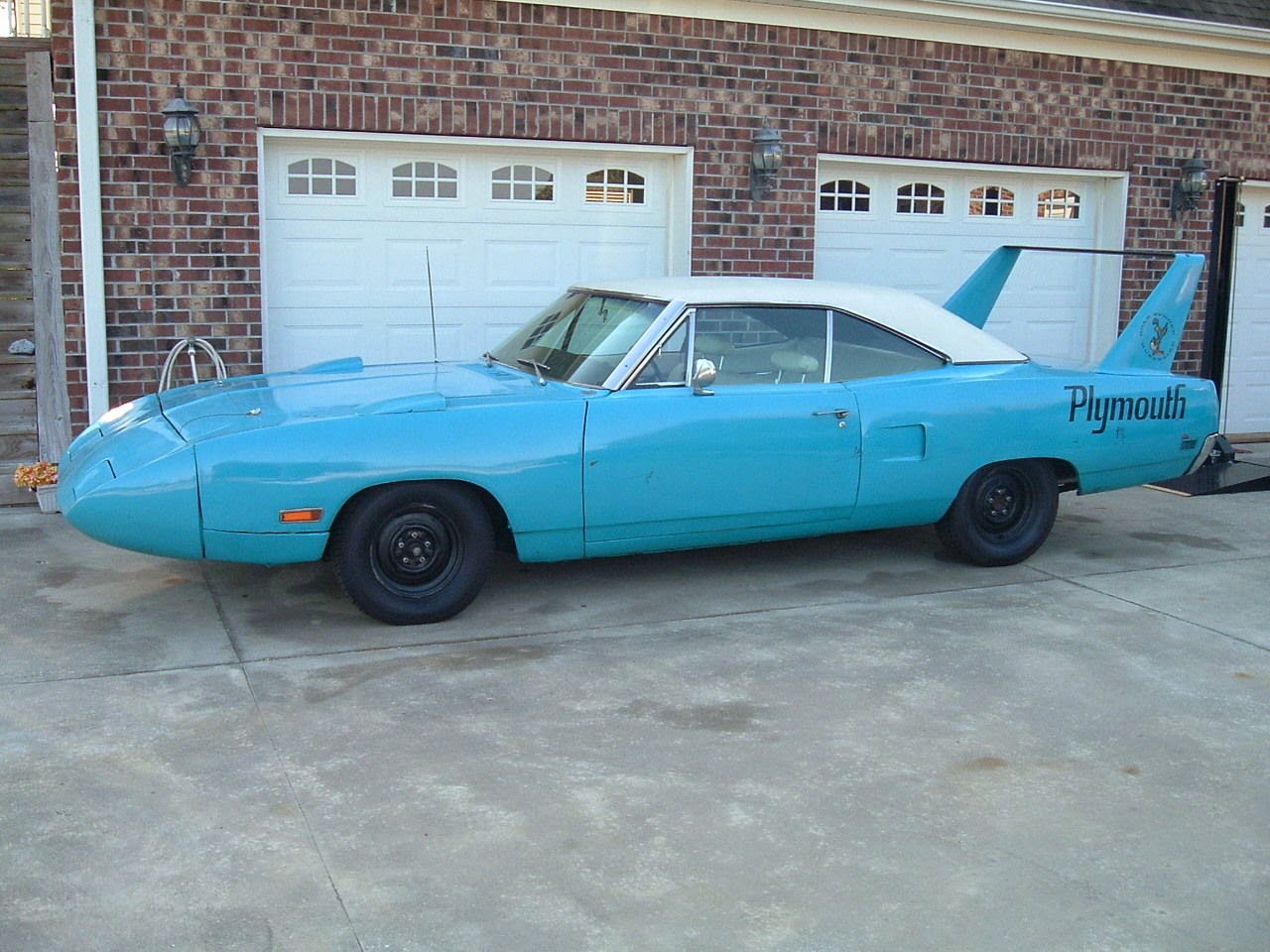 Here's a super high trim level of the Plymouth Roadrunner, yes it's a Superbird produced only in 1970 and developed specifically for factory stock car racing in Daytona's season. The Superbird primary rival was the Ford Torino Talladega, which in itself was a direct response to the Mopar aero car. 1,920 examples built and this car is one of them, come in blue color and white interior. 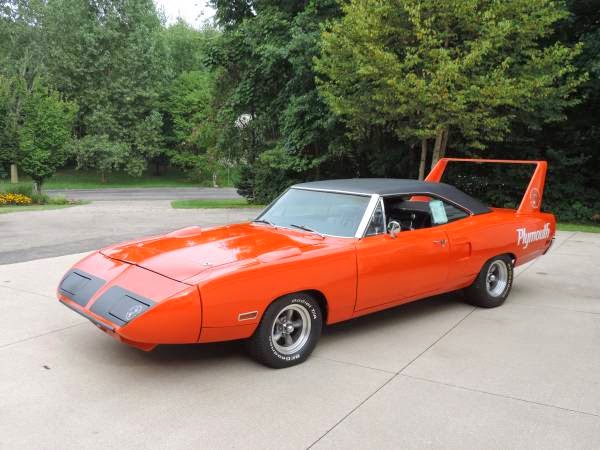 Here's the American classic racing car produced by Plymouth, developed specifically for NASCAR racing. It's was a highly modified version of the Plymouth Road Runner with well-known aerodynamic nose cone, a high-mounted rear wing and, a horn which mimicked the Road Runner cartoon character "beep... beep..". Yes they called "Superbird", the short-lived Plymouth Road Runner Superbird just produced in 1970. The Superbird's styling proved to be a little extreme for 1970 tastes (many customers preferred the regular 1970 Road Runner), and as a consequence, many of the 1,920 examples built and this car is one of them. 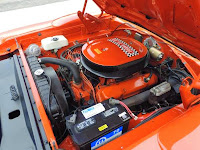 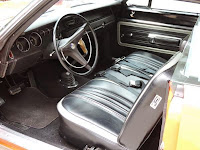 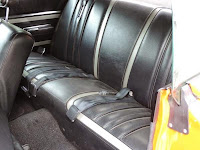 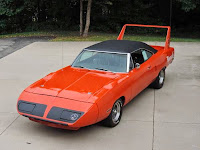 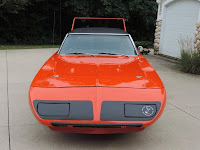 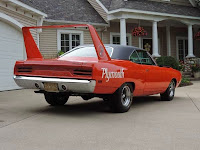 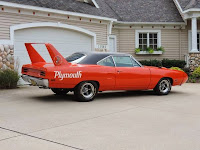 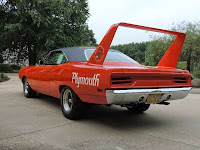 Detail about this Superbird
This is not something you see for sale very often. It is a numbers matching 440 six pack, showing 26k, believed to be original miles. pistol grip 4 speed, 3:54 Dana rear end. Hemi Orange, Black bench seat interior. Interior is near perfect. Exterior is very nice, paint is probably 11-13 years old and still looks fantastic. The car is very straight, no rust, no dings, dents, no noticeable scratches. Headlamps work as they should. Vinyl top is perfect also. Currently has old school American mag wheels, but you have your choice of 15' rallies, or 15 steel wheels painted Hemi Orange with correct poverty caps . It has an original broadcast sheet, original Vin tag. It has the Vin stamped on the core support as it should. It has the correct 956 radiator and radiator cap. It has never been wrecked. It's had four documented owners since it was new. The car runs and drives great, fires up and goes to a high idle as it should, kick it down and idles amazing, nice throaty sound. Original exhaust manifolds with dual exhaust out to factory chrome tips. It has the original jack assembly as well.