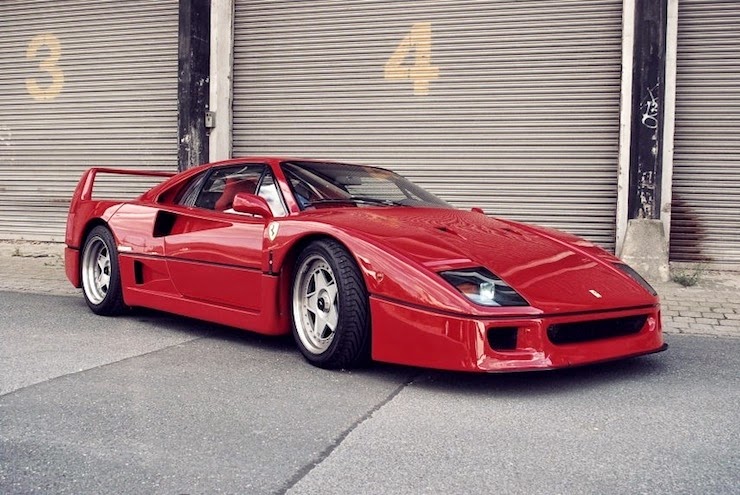 Here's the famous supercar in the worlds, may be considered as one of the single best supercars in history. Just 1,315 units were made in total between 1987 and 1992 and as the pictures is one of them. Yes it is an Italian Prancing Horse, the red Ferrari F40 built in 1989. The factory never intended to race the F40, but these car has win in race competitions, like finishing three second places and one third in GTO category the Laguna Seca Raceway round of the IMSA. Despite lack of factory backing, he has successful in many competitions.

The Ferrari F40 is built to commemorate Ferrari’s 40th anniversary, it was also the fastest, the most powerful, and the most expensive road car that Ferrari had ever made.

He has the competition blood.
Begun in 1984 the Ferrari were looking to created a serious contender for the Porsche 959 in the infamous FIA Group B category, and then the F40 born he is an evolution of the Ferrari 288 GTO and was designed by Leonardo Fioravanti at Pininfarina. Sadly the FIA cancelled Group B in 1986, this left Ferrari with 5 288 GTO Evoluzione development cars and Enzo Ferrari decided to have them further developed into road cars.