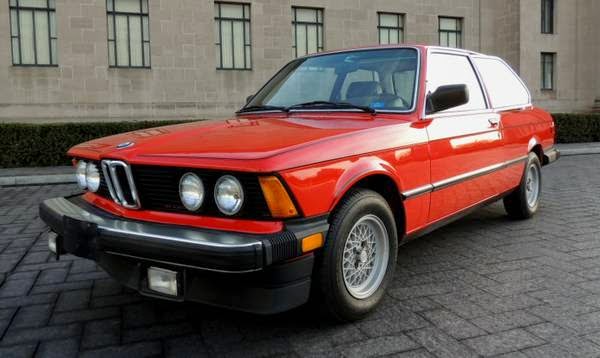 This the Germany compact executive car offered by BMW to American user. it a rare performance variant of the BMW E21 series commonly known as 320is was released in 1982 excellent condition only has 39100 miles on it ready to go. 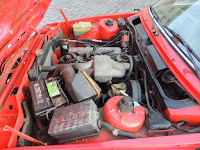 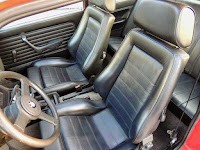 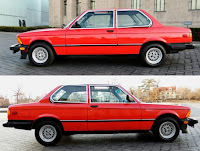 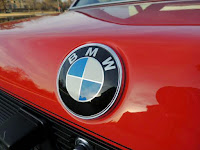 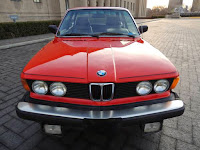 Having recently enjoyed almost surprising success with the 2002 model, BMW needed to make a move. The 3.0CS was highly praised, but also showing it's age and being phased out. They could rest on their laurels and enjoy the reputation of smartly designed, sporty (sometimes even cute) cars or, they could be bold. I think it's fair to say they chose the later.

The driver oriented cockpit was just being introduced in the 5 series. It was an important design direction that was emblematic of the engineering goal. Making the ultimate driving machine, is ambitious and it certainly starts with the driver.

In nearly all measures this was a significant leap forward in driving experience. Gone was some of the frailty. The stance becomes a bit stiffer and stickier. It was still a lightweight sport-oriented machine with excellent road feel, but a bit more "flexed". Kind of like a rock climber's forearms.

The 3 series direction and reputation were being cemented with the 320 model with the IS serving as the no compromise flagship version. Modern cars have quite a bit more power and are much more sophisticated in many ways. But, here is a thoroughly drive-able, reliable car, with a connection to the road of a bygone era. The 80's didn't offer a ton of collectible classics but, here's one of them.

Sport Model Details --
There were only about 2500 320 sport models ever produced -- rare by any standards, but nearly exclusive in this herd. Imagine how many are this well preserved?

The sport model included options that suit the taught handling, exhilarating driving nature of this machine. They included --

Interior Details --
The interior fits like a glove and is consistent with the incredibly well preserved state of this car. Many of these cars probably heard their fair share of Van Halen blaring through the speakers while being flung around like a go cart. Fair enough, I get it. This one seems to have heard a bit more Thelonius Monk period appropriate Alpine stereo deck.

This is an easy to enjoy classic. German imports seem to be dominating an otherwise somewhat forgotten decade aren't they?