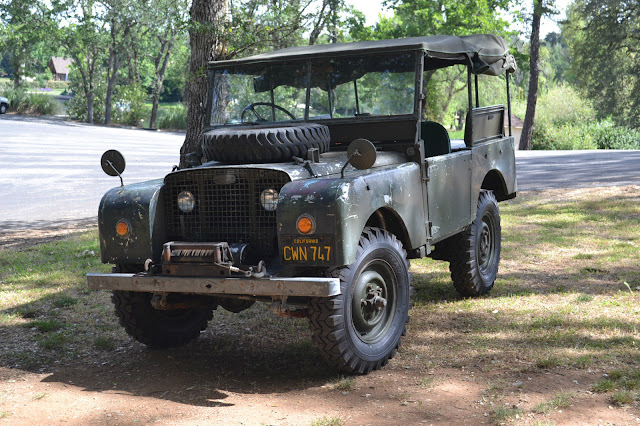 This very rare and unique Military vehicle made by the British 4WD car manufacturer Land Rover. As the picture is a very early military Land Rover known as the Series 1 80" it's a short wheelbase was released in 1949 ready to auction on ebay.

Detail by seller
Very Early Military Land Rover with great history. Built in the first week of the 1950 Model Year, Aug 1949. Still retains its Early parts like the Lights behind the grill and ring pull gear box.

Based on the Vin of R06100130 it is an early contract military issued Land Rover. A true time capsule nearly exactly as it was decommissioned in Sep. 1962. 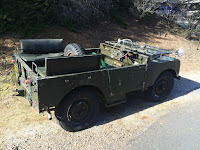 It has had the benefit of being imported to the USA in Feb 1963 and stored in an airport hanger since. Used and maintained the whole time. I have every single California registration from 1963 until today.

It runs and drives PERFECT. That is no exaggeration. It will amaze you. You pull the choke and the choke light in the dash still lights up. Hit the starter button and it instantly fires every single time. Idles smooth with no smoke. I have driven it to a few shows and it drives great.