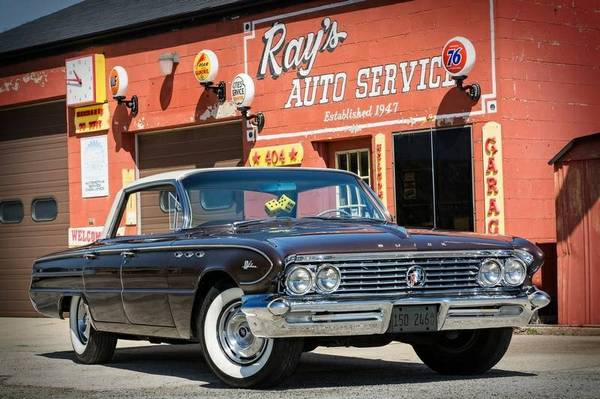 This awesome American classic full-size luxury car manufacturer by Buick, as the picture is a second generation of the Buick LeSabre early model released in 1961 come in 4-door hardtop styles still in excellent condition like a new car has original low miles looking for new owner.

The pics as confirm, yes it looks like show room quality all appearance from inside to out so perfect, uncontested. The interior and engine like a new car were displayed in dealer show room. I hope it perfect engine not a just display car. Overall it's one of the coolest American classic car in trade today, 1961 Buick LeSabre hardtop asking $25000 location in Lake County. 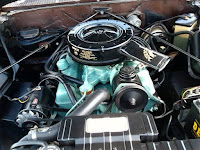 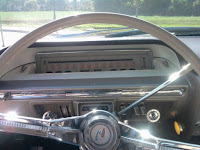 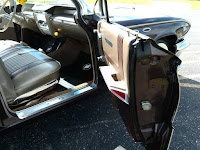 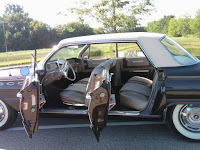 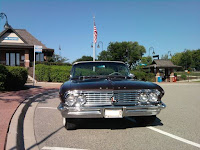 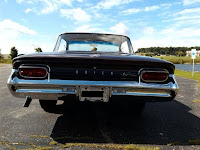 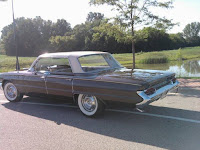 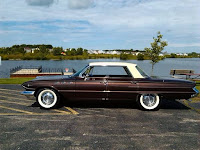 Details by owner
1961 BUICK LESABRE SHOW CAR
Rare 2 tone 100% stock 1961 Buick LeSabre totally spotless with less than 17,300 original miles at the time of this ad, however it will go up as I am still driving it. All parts are in excellent show room quality including the carpet, interior, and motor are perfect like the day the car was made. One high end lower body blend & re spray in the last few months with stunning original rare Cordovan iridescent paint that took over 3 months to track down then hit with 4 coats of high end clear to protect the paint. The 364 Nail head engine and transmission run like new all new gaskets and rebuilt water pump, rebuilt fuel pump, and carburetor. I have the few parts that were replaced (brakes and other small parts). You will not find a finer Buick from 1961. This car was in a storage warehouse for 35 years interior has seen little sun and still smells like new ! Asking $25,000.00 OBO would consider partial trade and cash this is a heavily documented car, featured in Tailfins and Chrome SEMA edition and Dally Herald, 5 Time Hooters top class winner, Top Buick from Buick Club of America, 5 years in a row Best of show Libertyville car show, 4 time Culver's Best of show winner, Glenview days Best Buick and countless other top awards. This car is stored in a secure heated warehouse from October until April yearly, never seeing snow or cold temperatures.

The car has all of the original inspection stamp marking on the cowl gutter and Firewall. This Buick was a Hooters top 10 winner at the very first show we brought it to. The pictures don't do this car justice if you have been to any show and seen it you know the car, there is not another one like it. I have tons of documentation on this car. It's only had 5 oil changes in its life it's scary clean a museum quality car was adult driven in Chicago in the early 1960's then parked, it never ventured too far and never driven in bad weather thus the low miles and great condition. Call me if you have questions or a respectable offer for this timeless classic. No Tire kickers or Joy riders this is virtuly a new car, you buy it you drive it.

Answer: Yes it has less than 18,000 miles on it, this not a typo it has the standard points and has not been converted in any way shape or form from the electrical system it came with. The generator is the same one that came with the car new. The Bumpers have been re chromed to better than new condition, this car is rated at 98/99 out of 100 points , it is pretty well flawless. For more specific information please here on craigslist