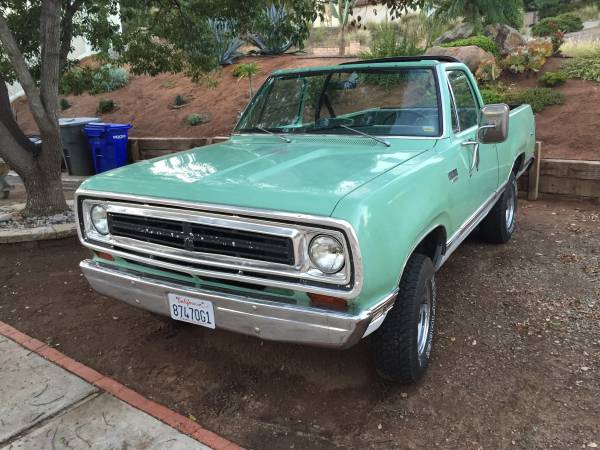 Here's we found this one a rare American vintage SUV, maybe some of you think this is a Ramcharger, but it's a Trailduster. Yes this twin brothers of the Dodge Ramcharger was coming from Plymouth families is a large sport utility vehicle. As we've seen here is a Plymouth Trailduster 4x4 1975 model year seems has been rebuilt and restored all looks great, the owner said is runs and drives very well. Not many details and info was written on its ad, already posted about a month ago in craigslist hoped still available. 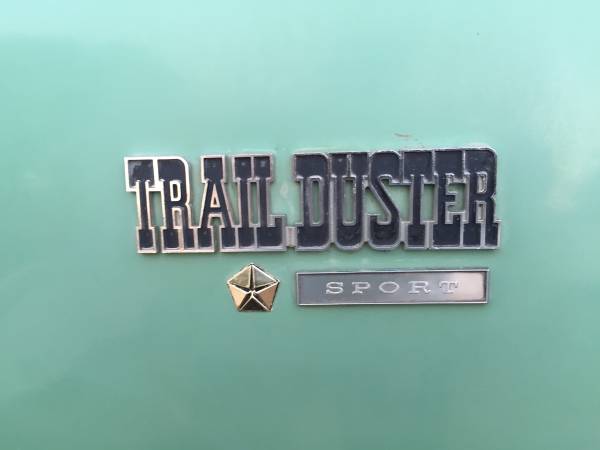 As we've seen here all looks same with the Ramcharger, just this badge to distinguishes it, ha..ha.. just kidding... you have seen on they're face is difference, other than that is same. The first generation Ramcharger and Trailduster were built using a nine-inch shortened pickup Chrysler AD platform that was introduced for 1972, and here we are talking about first four-wheel drive version of the Trailduster were available starting in 1975.

Clean and smooth turquoise exterior, seems is a new paint. Anyway is perfect with solid frame and no rust, dent or scratches was mentioned here. Chromes bumpers is so nice looks great with perfect combination between rims and tires are used. Is said comes with white hard top and black soft top just installed on raining day. 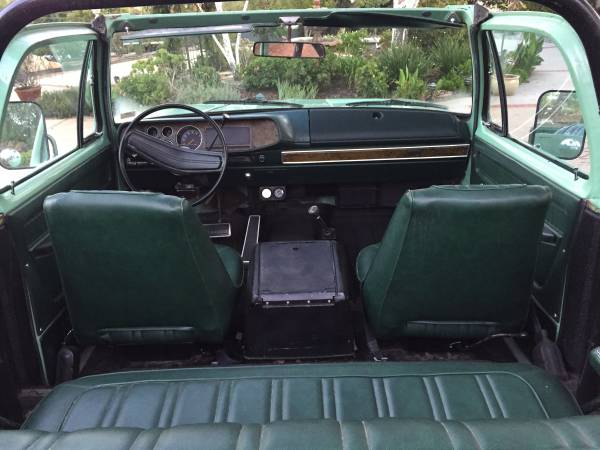 The interior looks good, all seats on their places has been recovered with green clothes still looks taut and well cared for. The seller doesn't info about are features condition so we leave it to you to check directly if you seriously. 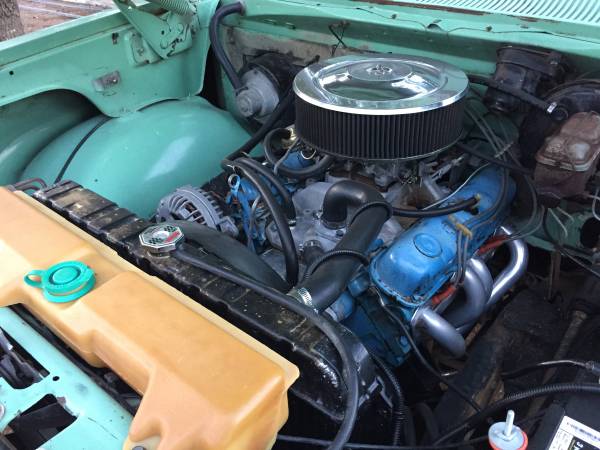 This the beast, the original 360 cubic inch V8 mated with automatic transmission are has been rebuilt and fitted with an new radiator and a new fan shroud. Overall the engine bay appears very tidy and correct. 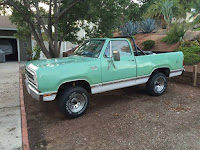 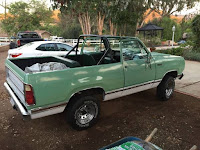