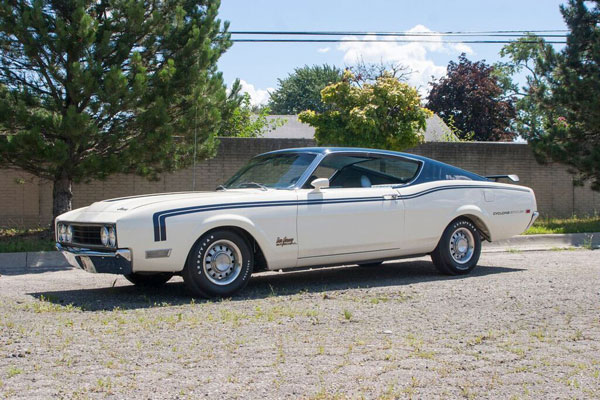 This a rare American muscle car was offered by Mercury, is a special version of the Mercury Cyclone, more aerodynamic come with a spoiler known as Spoiler II only 519 units ever built and only one production year in 1969 with two trim packages as options, the Cale Yarborough Special and the Dan Gurney Special and as we've see here is a Dan Gurney special has been fully restored.

The Mercury Cyclone Spoiler II was very successful on the racing circuit: winning 8 Grand National races during the 1969 and 1970 NASCAR seasons - matching the total number of wins recorded by the 1970 Plymouth Superbird. Find it here on Ebay in Belleville, Michigan, United States for auction. 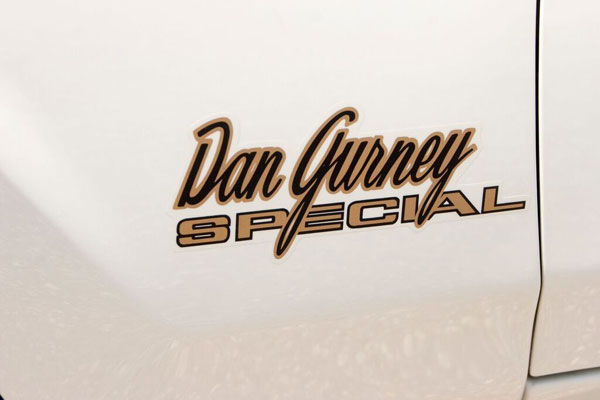 The Dan Gurney special it mean the Mercury Cyclone Spoiler II come with a white exterior and blue interior trim packages. These cars were all hand built, it became an early example of a spoiler!

The car looks obsessively cared for and presents as pretty much immaculate details and excellent running and driving condition. The body straight and solid with correctly shape, awesome chrome, hard to find imperfection here. 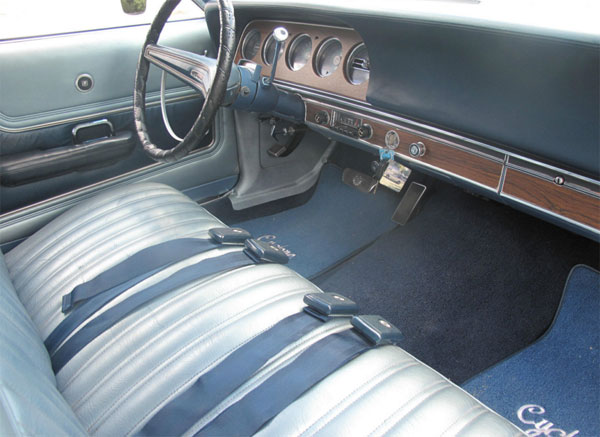 The owner claims is an original interior, the seats shows how is greats condition, while carpets, door panels, center console and dash show rarely signs of use, all features still there, such as A/C, radio, odometer and etc, hope all work perfectly as its look. This an 3 on the tree muscle car...? 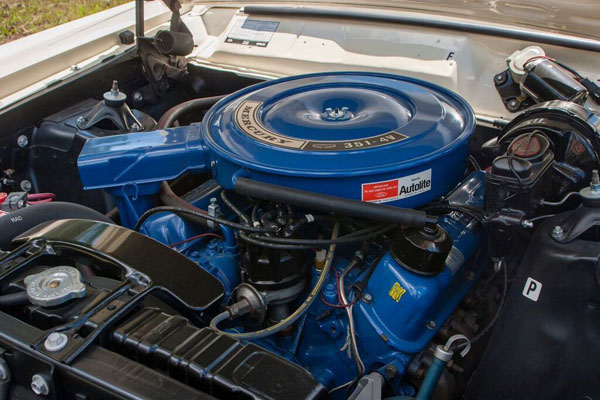 This a high performance version of the Cyclone range and compete on the NASCAR tracks, so the Spoiler II carry a 351 V8 engine mated with 3 speed automatic transmission on the column. The engine bay appears clean, with stock wiring and all hardware accounted for. Is said only 50K miles on it. 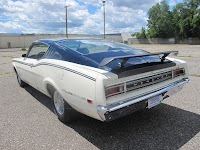 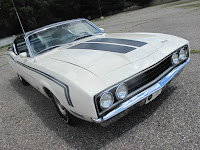 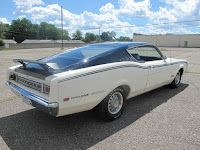 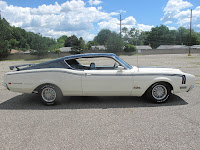 Details by owner
Family Owned from day one. There are no known defects or missing parts. It has been fully restored rotisserie style. My grandfather bought this brand new for my uncle from Stu Evans Lincoln Mercury on June 26th., 1969. My father bought the car from my grandfather on July 15th, 1975 (I have this original title) and now it is time for someone to get this beautiful car and treasure it like my mother and father did.

Smoke Free Environment, No dings, No Dents, No Mechanical Problems. Owned by One Family since Brand New. Its a Dan Gurney Special Spoiler II. Rotisserie Restoration. Only 35 of these Spoiler II are know to exist according to the registry.