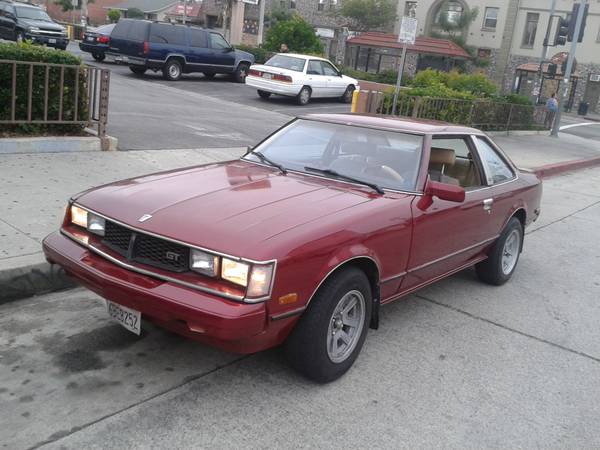 Here's found this one was listed in Craigslist the Japanese sport car comes from a series of Toyota Celica is said in good condition looking for a new owner. As shown here is a high performance model known as the GT model built in 1981 is a final model of the second generation fairly handsome 2-door coupe body.

The seller claims is a rare GTA model were is designed to celebrate the Celica 10th Anniversary, only 5000 units was made and this one of them. 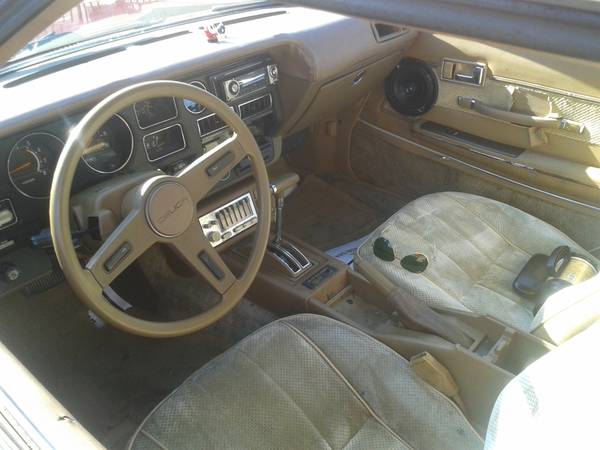 About the GTA coupe besides can be identified by its copper brown / beige two-tone paint, it has a "GTA 10th anniversary" plaque on the center console, hard to finding it from here we left it to you. For condition looks complete all instrument and panel remain there minus a cover behind handbrake lever that was gone.

Unfortunately no engine photo provided. For 1981, the North American market models usually given a bigger engine than the other markets, fitted a 2.4-liter 22R it same used by the Corona and HiLux pickup truck.

The car was listed in Craigslist about 6 days ago, asking $2600 located in Harbor City, Los Angeles. As always a closer inspection needed order to accurately condition. 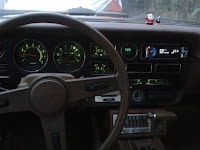 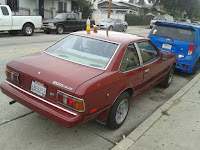 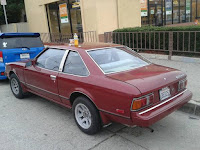 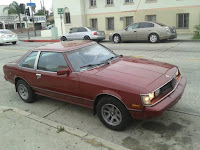 Note per a friend research, only 5,000 units were made, including the models in canada.

If you interested about this car, please visit link below
https://losangeles.craigslist.org/wst/cto/5687449555.html