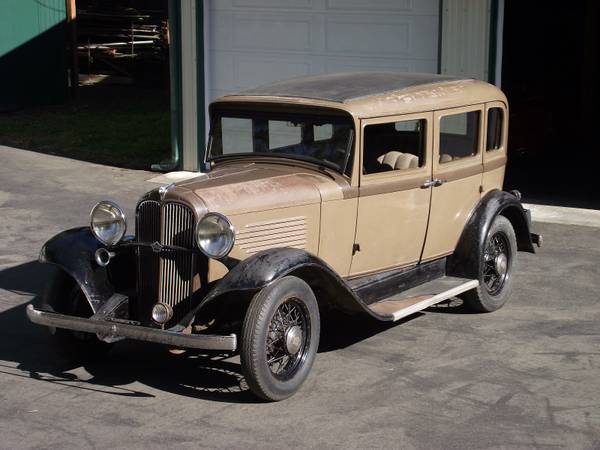 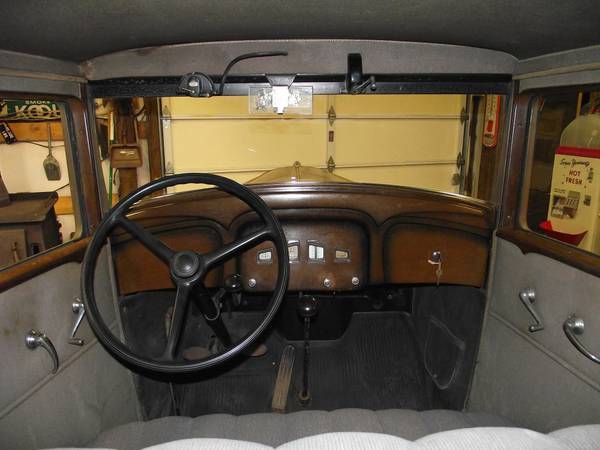 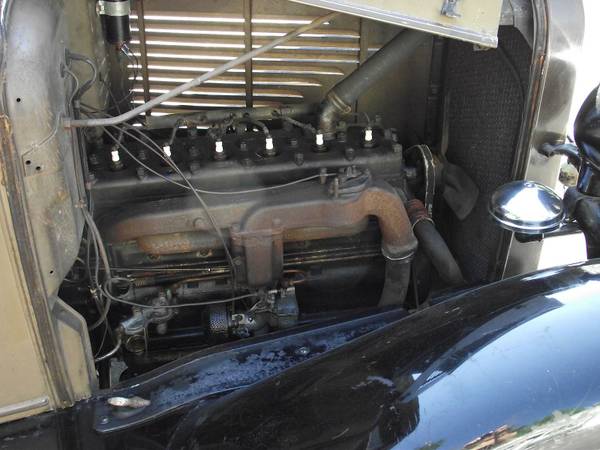 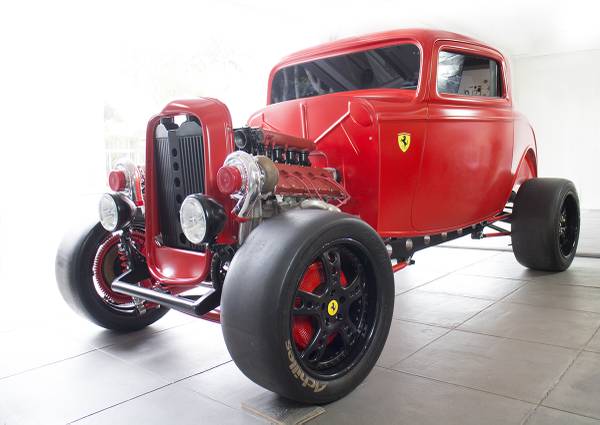 May with its original frame and chassis the Ferrari has a lot more value than this, they should have a compelling reason to do that, but not revealed in the ad.

As far as we can see from the photos and read descriptions, the engine came from late 80's Ferrari model as 3.0 L V8 form most likely it a Dino engine belong Mondial or 308 GTB/GTS. Just guessing, the car was destroyed by accident so they decided to rebuild on far older Ford frame and chassis to aims a new Ferrari hot rod car get borned rather than let it suffer with a replica.

Anyways it really cool hot rod car ever seen here, that was awesome outcome, a clever decision $250000 its worth. 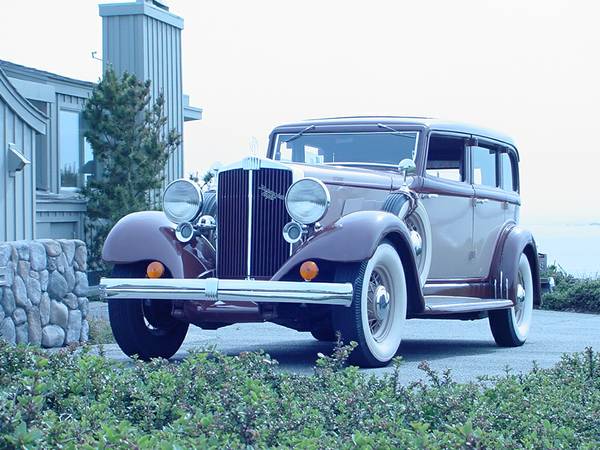 Here's a American antique car made by the Hupp Motor Company, as the picture is a Hupmobile Series-I 226 Executive Car 4-door sedan was released in 1932, it's extremely rare only 650 cars ever produced and this one of them still like new condition has only 79983 original miles on it. If you interested please read detail below. 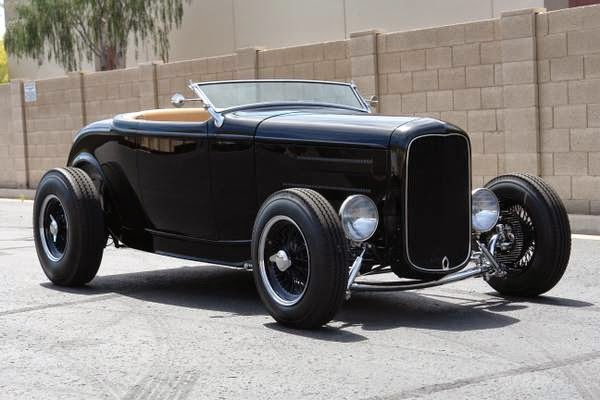 Here's American antique car produced by Ford comes in black, it's a Ford Highboy Roadster released in 1932 had fully custom hot road styles. This car was built right with almost $90k spent and nothing spared..!! 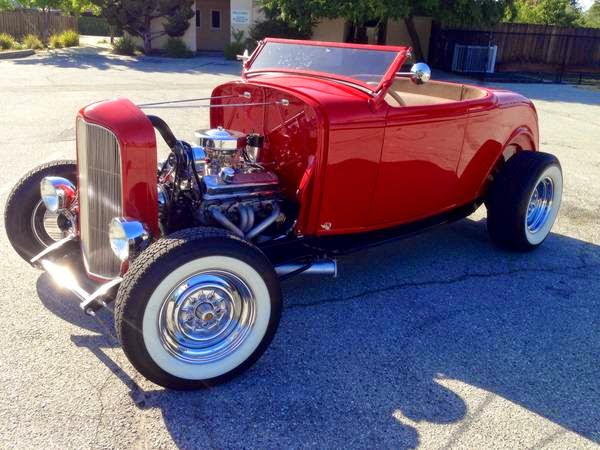 Ready for the summer cruise it's a 1932 Ford Roadster in like new condition. Professionally built on a Wescott body with a So Cal Stepped frame, painted Porsche Red.