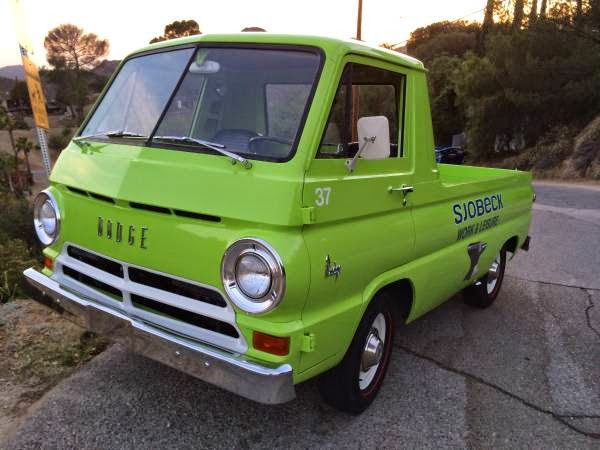 Here's we found vintage pickup truck from America by Dodge built in 1966 it's a A100. The A100 competed with the Ford Econoline and Chevrolet Van, as well as the Volkswagen Type 2. 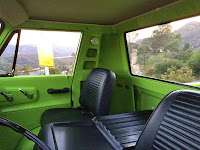 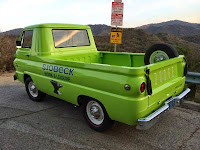 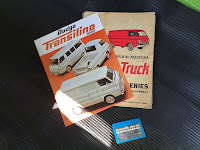 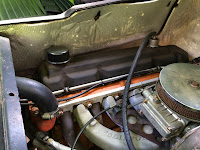 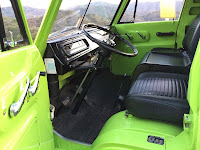 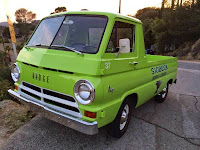 Detail about this truck by Owner
1966  Dodge A100 Pickup Truck  with a PERFORMANCE 270 Mopar Clifford 6=8 Headers.  This is the RARE 3 Window Version (the super stock truck used for the Promotional Little Red Wagon).  This Original California Barn Find Was bought by a friend Tony in the 1990's (where it was used on a ranch in California) with plans of turning it into a Little GREEN Wagon, opting for the Original 6 cylinder to keep it stock, but add performance.  Extensive mechanical work was done on this low miles truck to have it not only be like when new but to be fast and drive like new.  Have receipts, This truck runs and drives GREAT!  All body work was done by Chuck Morris who has had his work shown in Hot Rod Magazine,  with some slight customizations eliminating vertical seam lines at rear and at the top of bed walls.  1n 2006 The truck was ready to have the exterior painted and I would complete by adding Firestone Redline tires (made by Coker) Then the interior and replace body & trim and bumpers with either NOS Mopar parts or restored original parts, Once the truck was in my hands it would hit the streets of Malibu and be driven very lightly as it was used for promoting the SJOBECK Malibu Brand of Mens Denim (an international fashion Brand).   The final details has been a slow work in progress,  preferring to only replace  original parts with  original NOS parts, so there is still minimal work to do to finish the job.  or just drive it as it is and get tons of attention and thumbs up everywhere you go,  Has Its original Sun visor posts restored and a new headliner by Acme ( I could not find OEM material on these.  Has the Super stock seats redone with a grey matched material and they look factory,  will need a speedo cable, and a pedal pad,  rubber floor mat as well a new paint to make it show as the painter did poor prep work in some areas and it did not grab in the bed and some other areas, but still looks great from ten feet.  all Pictures are current except for 1 that was shown online in the Iowa Hawk and also was shown at Fast Eddies website and on The Hundreds Streetwear clothing brand website as well.

Has its original Owner Card from the Chrysler corporation with vin number and specs on it and comes with current registration and a clean title! The Truck has Original California Blue and Yellow plates, it was turned to a commercial truck so the plates were changes sometime in 1970's.

The NEW OLD STOCK:  OEM Red tipped Wipers, arms & bezels, Washer sprayers, outside Door handles, turn lens brake and dome lens lights are OEM NOS as well as OEM NOS Back up/ plate chrome & lights,  OEM NOS headlight Bezels as well as OEM NOS turn signal switch  as well as Horn button, as you may know these parts are so Expensive when and if you can ever find them.