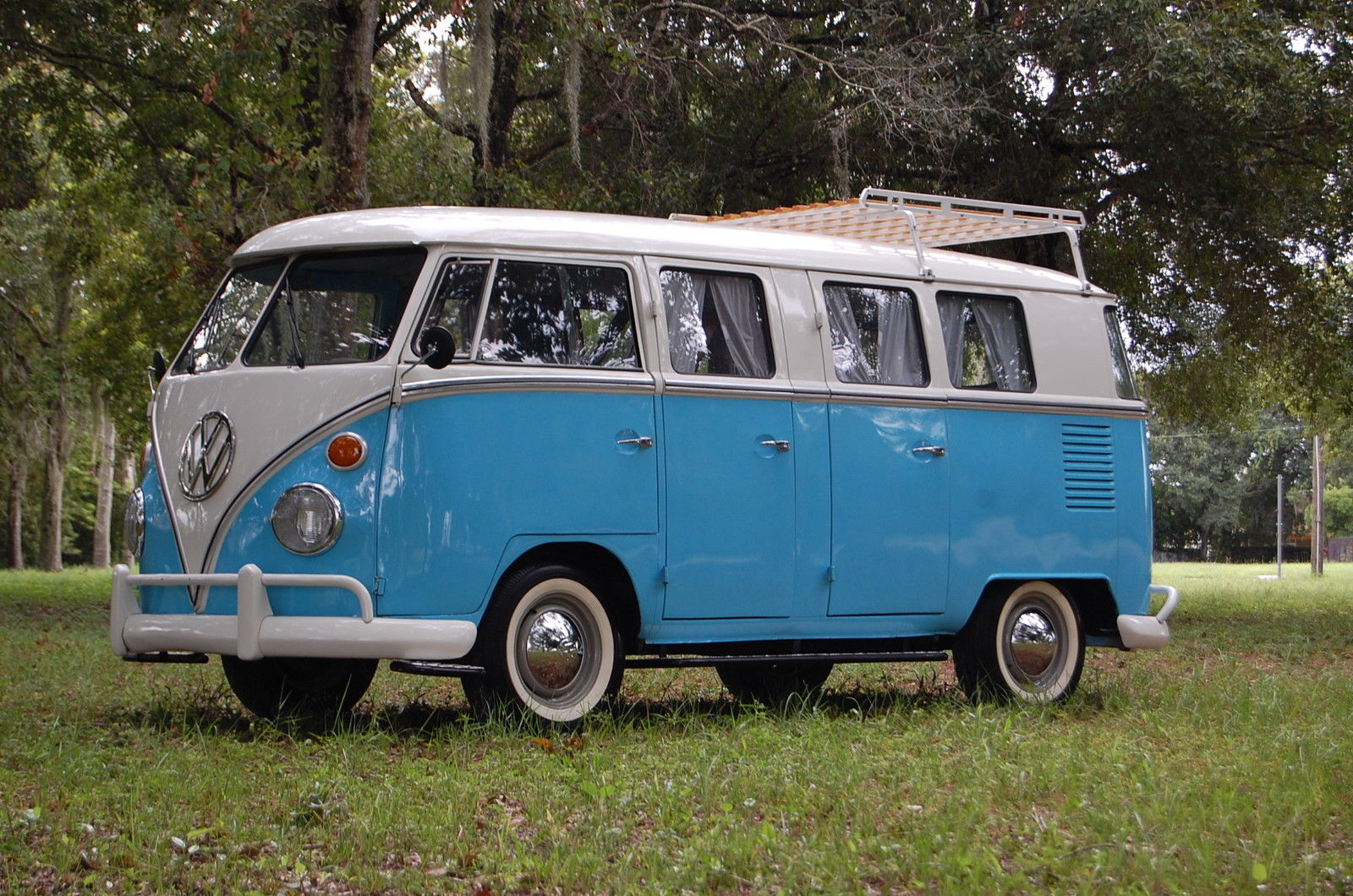 Here's one of the iconic world automobiles was is the Brazilian Kombi Bus were produced by Volkswagen in 1975, as the picture is a first generation Volkswagen Type 2 commonly known as the VW T1... yes it's absolutely original Volkswagen Split Screen Deluxe Kombi 1975 model year come with a rare styles it has 13-Window with 6-Door, yeah may some of you would be a lot of doubted about the existence of these vehicles where most of us know that the VW T1 stopped being produced in 1967. If you need enlightenment please follow here.

The pics as confirm, it looks so pretty, interior and engine looks ok and well maintenance, 8 of 10 points be given as old restoration. On the whole the finished bus was an extremely rare Volkswagen bus, 1975 VW Bus Deluxe 13 Window 6 Door ready to go for $49999 location in Sarasota, FL. So if you want him, please come to see directly is avoid a crab or scams.

Details by seller
up for auction is a VERY VERY RARE 1975 Volkswagen 13-Window 6-Door deluxe TAXI cab that is Brazilian made. There are only a handful of these buses in the United States. The split front windshield buses were made in Germany and also Brazil. German made buses with a split front windshield were manufactured in Germany up until 1967 and up until 1975 in Brazil. This is NOT a conversion or a made up bus, it is a factory built 6-Door 13 window bus built by Volkswagen, a type 201. This bus is located in Sarasota, Florida and I have a clean Florida title in my business name.

This ultra rare KOMBI Taxi is in excellent condition. It is a recipient of a recent restoration including a brand new interior. The bus runs extremely well. It has all original VW glass with the exception of one side glass which has been replaced. The interior windows do NOT pop out nor do the front windows, they are fixed shut from the factory.

The paint is in excellent condition and all the doors open and close nicely. There is a blemish in the paint on the passenger side between the curved glass window and the side glass window; almost like a fading but its hard to notice unless you are looking for it. I have also taken photos of some other areas that may be considered blemishes, please go through all the photos there are almost 100 of them. The rain gutters are VERY nice and not full of filler, they are original. The floor pans are nice and clean and have been painted black.

All of the exterior lighting is functional including high and low beams. The bus runs and drives well, but has your typical steering wheel freeplay which is par for the course with these buses. It has the original 1500CC carbureted engine and 4-speed manual transmission. If you want something that stands out, that no one else has, and that will continually appreciate in value this rare taxi should be strongly considered.

Here we found at ebay